7 Sutures: A Tour in Review 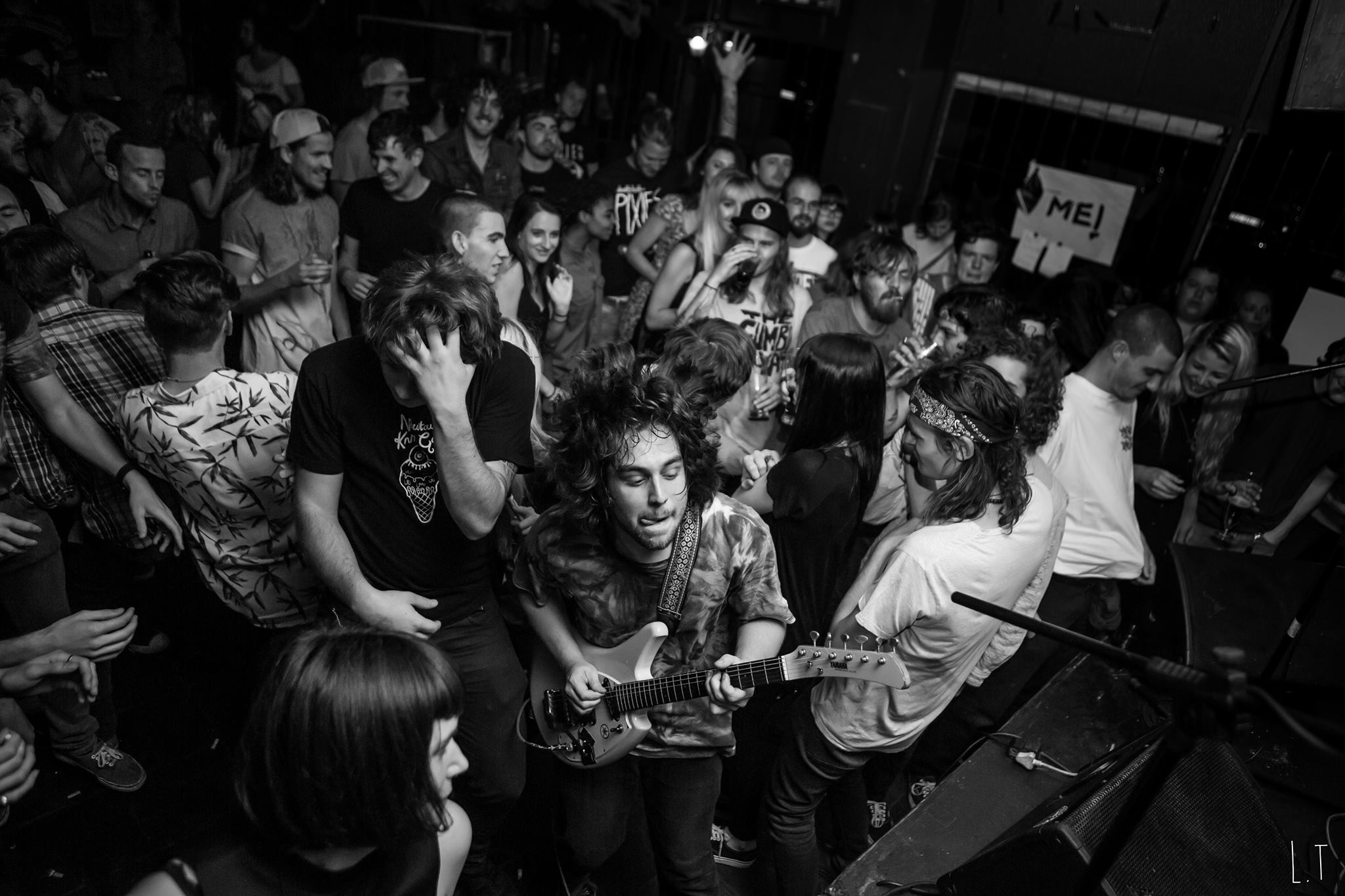 “High above the angels sung,

she laid a curse out on my head

and swore that cub will find you dead” 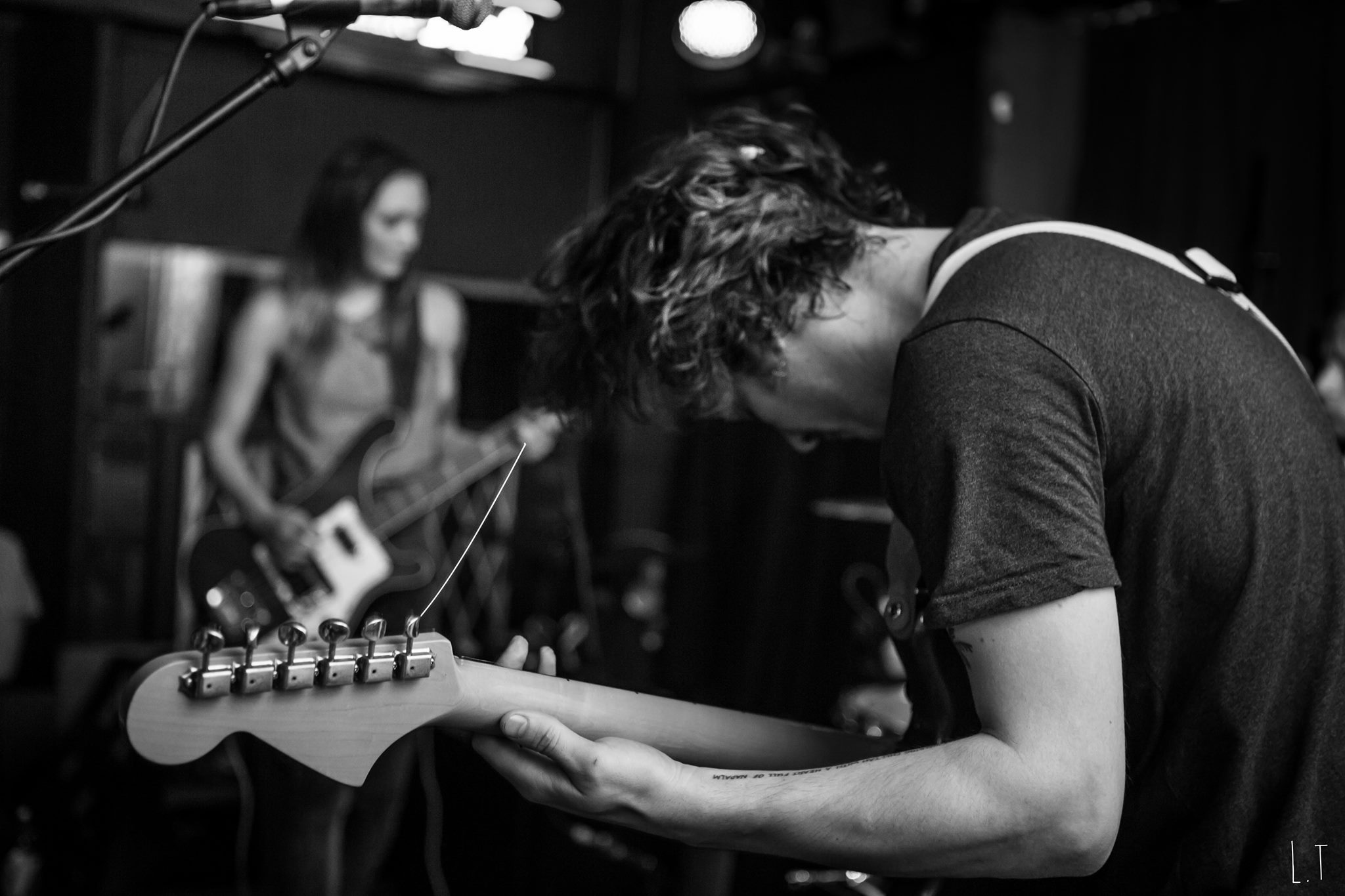 Well, shit, let it be know, that this here tale is the sweetest bit of truth I ever tasted.

The best part about showing strangers, new friends and future ex-lovers around the parts you call your home is that it always reminds you of just how beautiful the hunk of junk you call “home” actually is. Also, it reminds you of why you live in this beautiful city in the first place.

Aaah, yes dear friends, it is an intoxicating reappraisal of our diverse cultural economy. Now, add a lick of juicy rock & roll and you’ve got a winning batch of ingredients: a bit of spice, a bit of snow and a sufficient slice 0f everything nice.

The stage was set, the curtains were up and the lights were drawn: Straight Outta Berlin had arrived – whether we were ready or not! 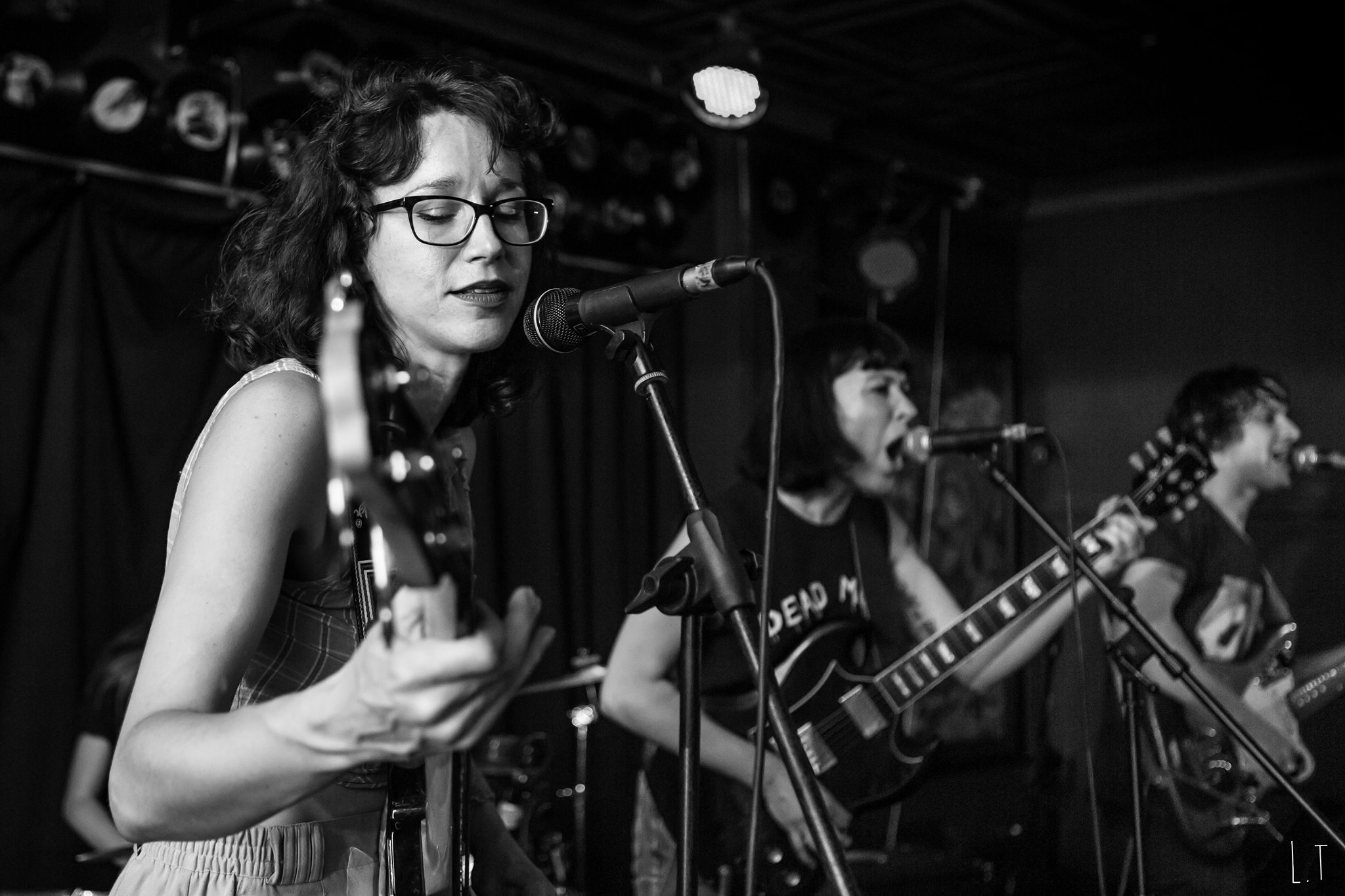 Before I knew it, all the passengers were checked and strapped in – 2pm never tasted so sweet. With a glaring sun, cold sips for the lips and The Bobby Fuller Four blaring about fighting the law it became clear: Diddley Bo was the seventh son.

The morning coffee tried to cool off but there was no time for weariness or rest for the relentless. The hounds were at the door and the piper needed paying. Before a baited breath could escape we were out. Sunroof down, tires squealing and on our way to the first smoky juke joint.

The humidity was rising and it was starting to show in the lipstick shade. Cherries in The Snow was out – it was time for Raven Red. Matching my pack of Lucky Strikes a spark lit out and now riding off, away from a Tarantino sunset, we knew the night was ours.

I slashed my hand on a broken beer glass and with a bloody red right hand I struck another Lucky and looking up through the steam and sweat I exhaled an understanding that it was truly great to be alive and kicking in the sweaty African south. The night was fueled by icy Corona and tequila as the conversation spilt over tattooed arms and rockabilly swinging hips. Black bandanas and wide-brimmed hats procured the (stunning) flashes right before we counted up our recklessness, threw it all into two ammo crates and hauled off again. 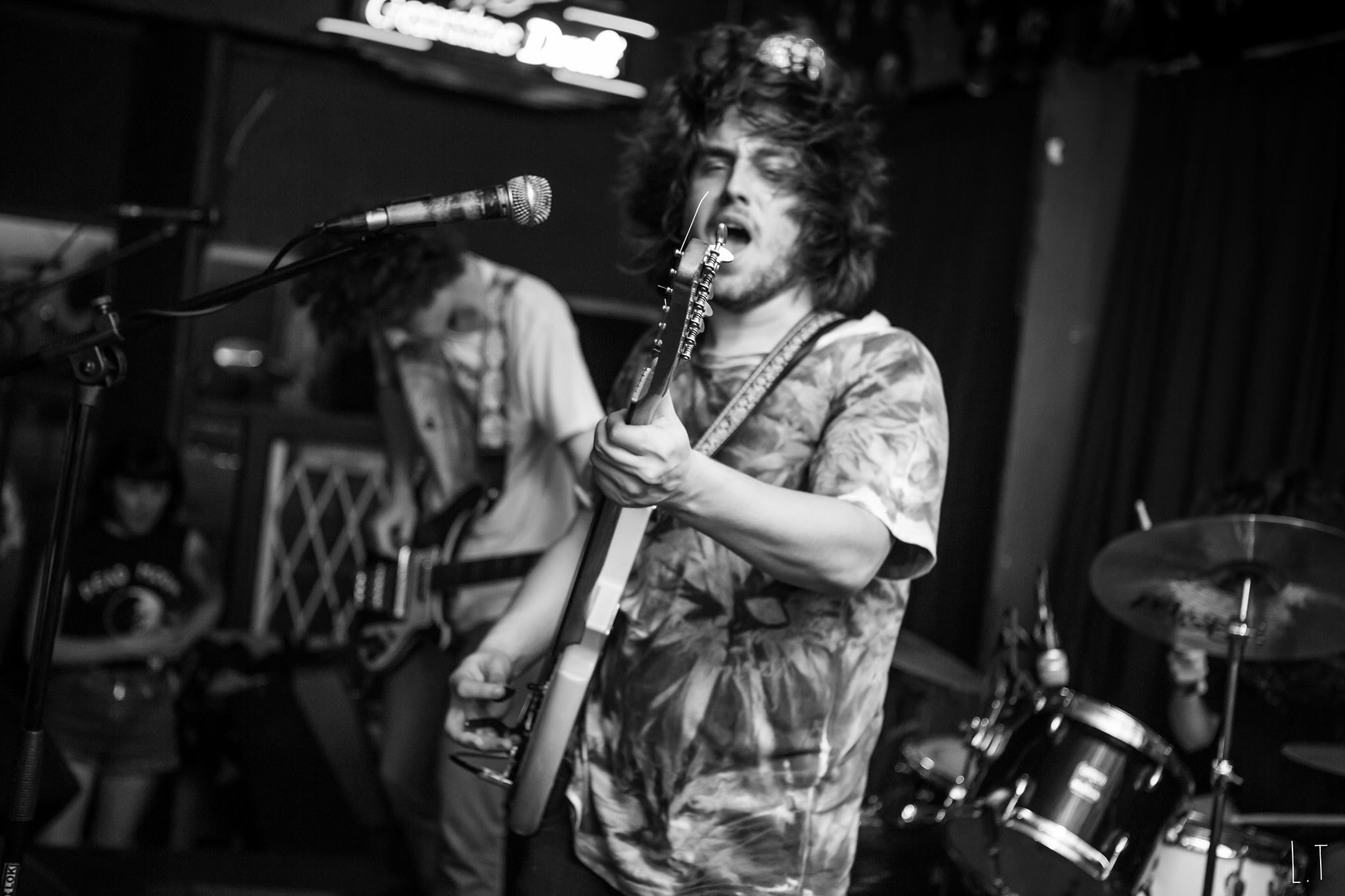 “Well I found myself a new shotgun,

told that angel he better run,

and if I see that angel round here

well I’ll blow his wings off and disappear” 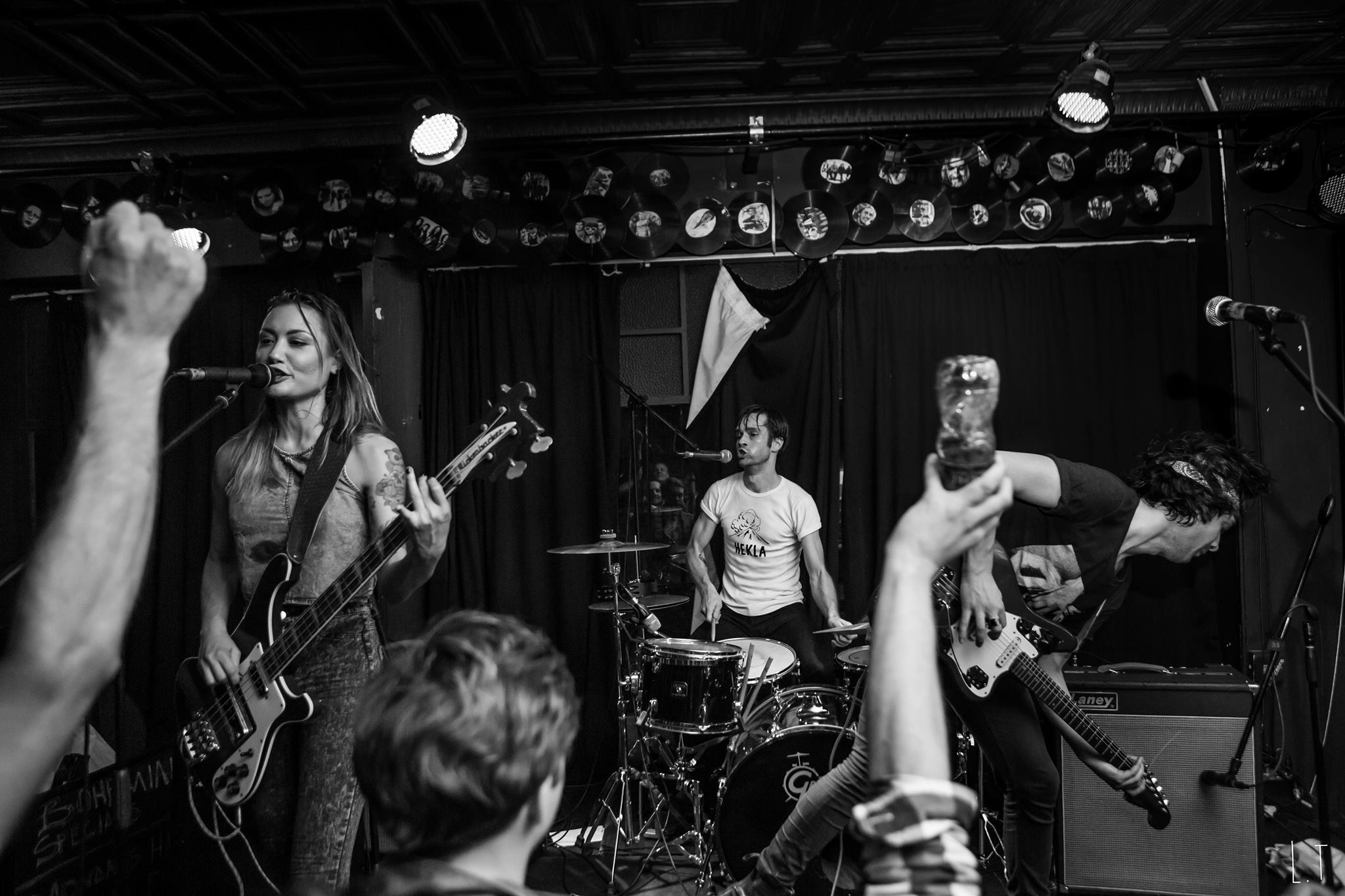 My eyes straightened into a grainy sunburst haze and I was 40min late. It was time to scribble our names with black markers onto white walls with 20 people staring over our shoulders in a crowded aircon-less room.

Many a cult film has been made of this kind of caliber folks – yes, the true grit reserved for the cowboys and girls that dare. Another sunny afternoon, another highway: the original slither… and emancipation was around the corner. See, we’re all addicts in one way or another, we just have different poisons. It takes a special and beautiful beast to succumb to such romantic wiles. Some say it’s just fun, I call it music… That feeling of utter ecstatic bliss when you can’t tell where the air ends and your skin begins – emancipated from doubt and form; simply into being.

The bad seeds were fresh outta the tattoo parlor and back at it again, as we sent smoke signals bellowing over the Westdene hills. A Surferosa soliloquy reminiscent of a sounding siren call, luring weary travelers and enthusiasts alike into our gripping arms. 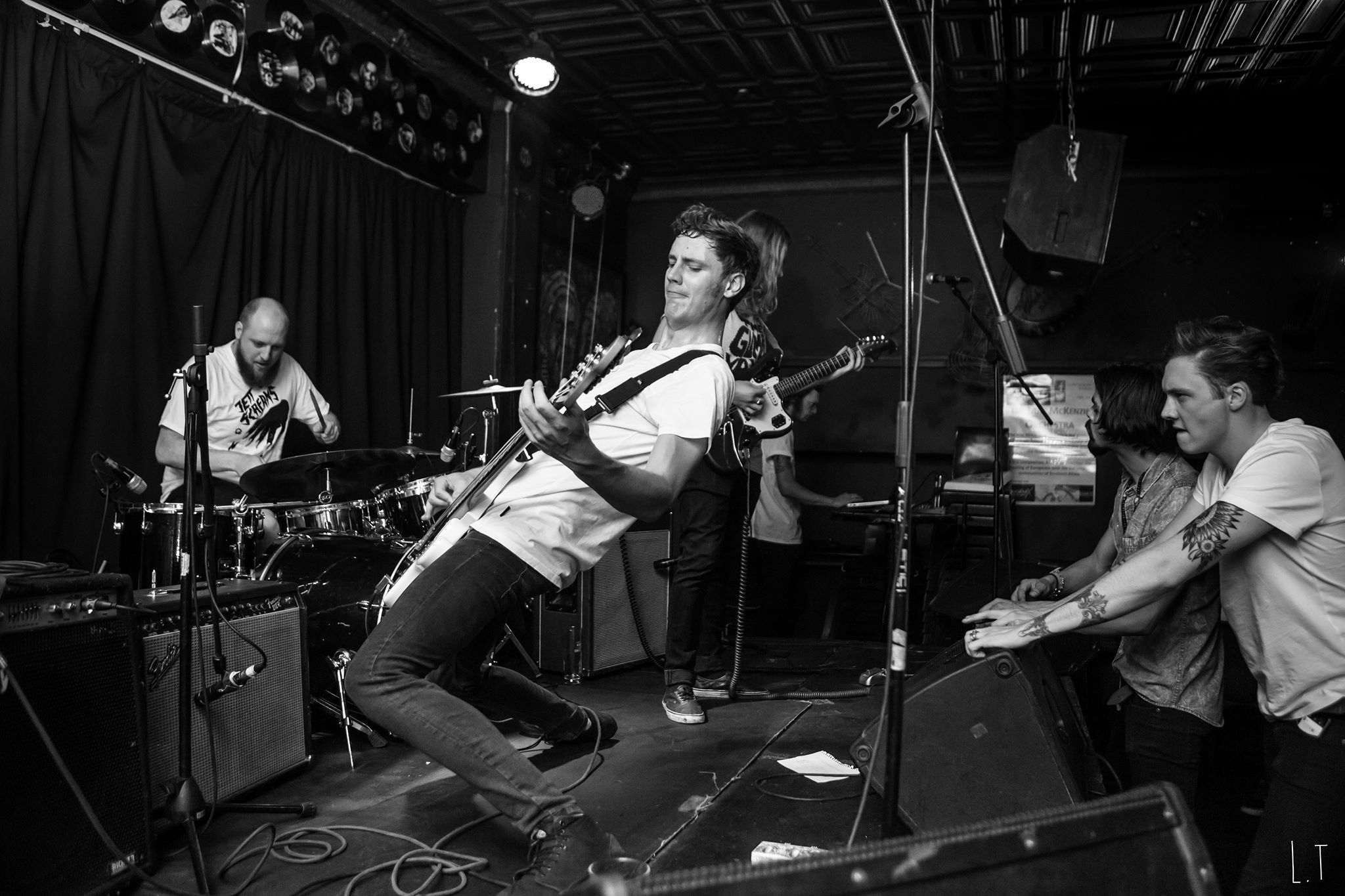 It was not long before the R&R seduction was underway once again, with gin, Black Label and alluring individuals on the menu, a thrashing pulse that is the surf sensation (that we call The Moths) had kicked the night into gear. A Dead Moon howl lit the street lamps, and chased away the police sirens, for this was not their time, it was our time, and we were having it. The Raven Red smeared all over my cheek as I moved between the intoxicating energies that offered themselves to our indulgent and hypnotic symphony.

Bodies flew in ecstasy as the night grew and grew, and before we knew it, it was time for us to surrender to the warm loving embrace of the highway hiss once again. Like an elusive duke, it swayed us to our desired destination and we were safe in the arms of lovers once again.

Tendered and textured we set out on the eve of our final Gauteng show. With a quick shopping trip to pick up a little voodoo hoodoo supply, the preparations had now been made to secure a seductive dip into the minds of those who awaited.

Strapless and careless a feverish lust for the loud took over, transforming our young circus into a lo-fi bourgeoisie. A ray of light flickered off a crucifix earring like a hair in the gate, with a withering and lasting, invigorating desire to bite a mouthful out of the night. The riotous roar polished our lead position in the primal race into the abyss. It was under way and it was fucking fantastic. Arcade Empire shook in delight and intoxicating rhythms sent the crowd sprawling across the dancefloor. 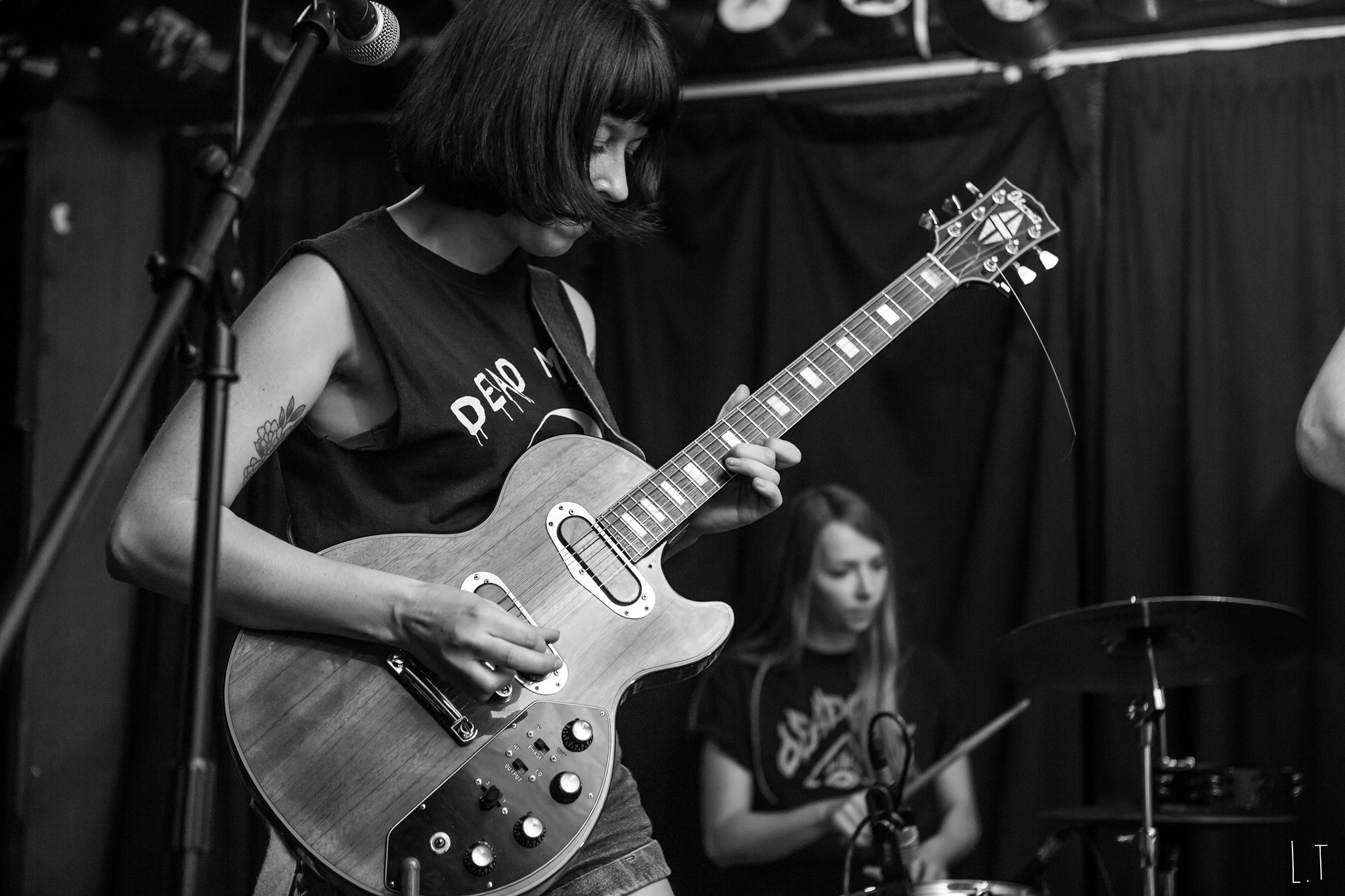 But no fun comes without its price – just as no roll comes without its dice, and so the sirens were upon us, but we had no fear for we had Slayer in the ear. The predators in grey stood no chance for the price was cheap.

Fearless and victorious we sailed off back to Sunnyside.

But, alas, it was time to surrender to that ever dreaded nap – that long overdue sleep that has been calling for longer than one can bother to remember. It could be avoided no longer

But the tour is far from over, and our cultural exploration has just begun … see you in Berlin!

All photos by Leigh Taylor Photography

Dedicated now and forever to the gospel of SLAYER & Bo Diddley.