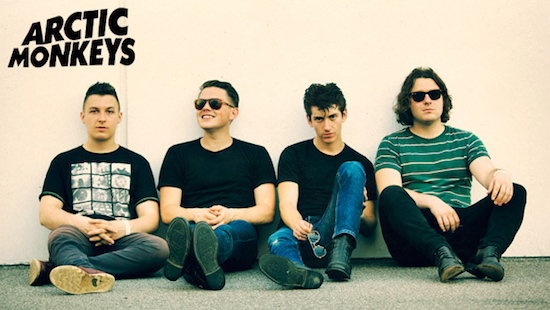 There comes a point in any great musician’s life where maturity just happens. Where, even the most rebellious of rock and roll groups striving to retain that raw “underground” sound can’t help but produce a song that stuns audiences everywhere. No matter how unique an audience a band may cater for, they end up producing a song that sends shockwaves through humanity’s collective unconscious due to an overpowering possession of raw talent. That je ne sais quoi those pathetic attention starved plebs on the X-Factor lack. Hendrix did it with “Purple Haze”. Muse did it with “Time is Running Out”. And now an indie rock band forged in the small suburb of High Green, Sheffield has done it too, not just once but three times.

If you’re reading this and you’ve never heard of the Arctic Monkey’s, firstly how’d you get on this site you Amish bastard and secondly open a new tab and track down one of their latest songs “Why’d You Only Call Me When You’re High” because I’m about to help you comprehend the genius behind what you’ve just heard.

…you done yet…good…you’re welcome by the way.

I don’t need to bore you with the history of how the band got this far or bombard you with quirky facts about the lead singer that you could use to impress your hipster friends next time you’ve had a few too many. Let’s get one thing straight, the Arctic Monkeys have always been a good band but somewhere in the process of making this new album they’ve added a new element that has shit-whipped their audience’s eardrums with the statement:  “We’re coming for our place in the Rock and Roll Hall of Fame”. A full album is on the horizon, due this month and based on the reception the three pre-released singles have had one can safely assume that this album could be a much needed lighthouse amidst the shit ocean that is the music industry today.

The most impressive aspect of the reworked Arctic Monkeys’ sound is that all the songs have a very unique feel to them. This new sound steers clear of the trend most bands are embracing at the moment where borrowing and reinventing the past has become the norm and celebrated. In my humble opinion I find it sad that we can live in an age where technology has opened so many doors in all creative fields yet nobody wants to rise to the challenge by creating something new or innovative. This is where the majority of my respect lies with their most recent work.  These songs well and truly represent the Arctic Monkeys’ brand yet push forward into uncharted territory whilst refining their sound on a professional level. Pulling that off is nothing short of genius and I have no doubt anyone’s awareness of that fact will intensify every time they hear their new material.

I can’t say for sure whether or not their new album AM is going to be worth listening to but based on what I’ve heard I’d say that the probability of it being so is weighed heavily in their favour. I for one will be more than willing to fork out R140 to find out.

Check out their track – Why’d You Only Call Me When You’re High.

FRANX on his new EP

CORTINA WHIPLASH – WE DO