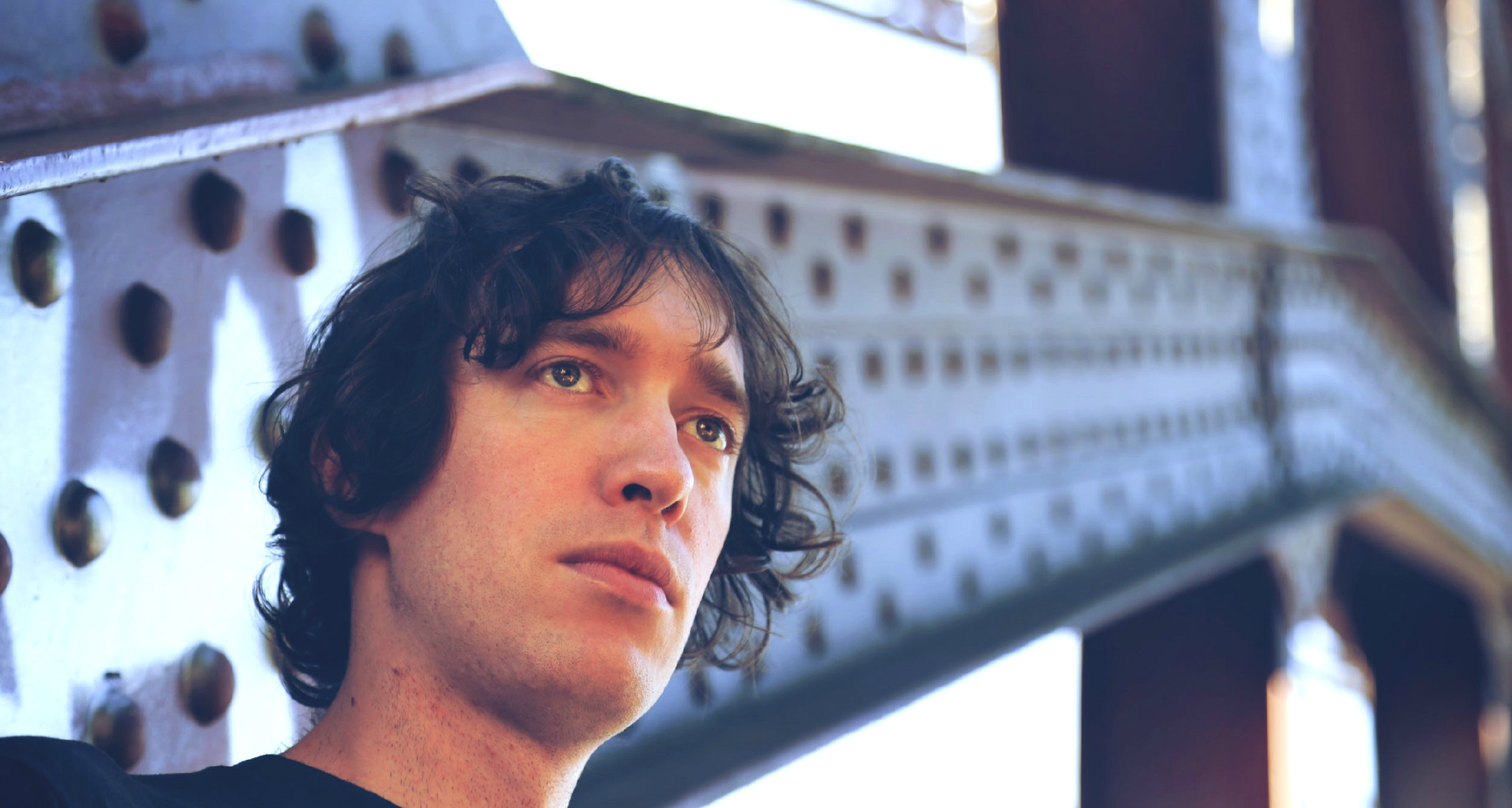 Endless Daze is just around the corner. Just before we sink our toes into Silwerstroom Resort’s sand we caught up Dublin born, and now Berlin based, singer-songwriter A.S. Fanning. 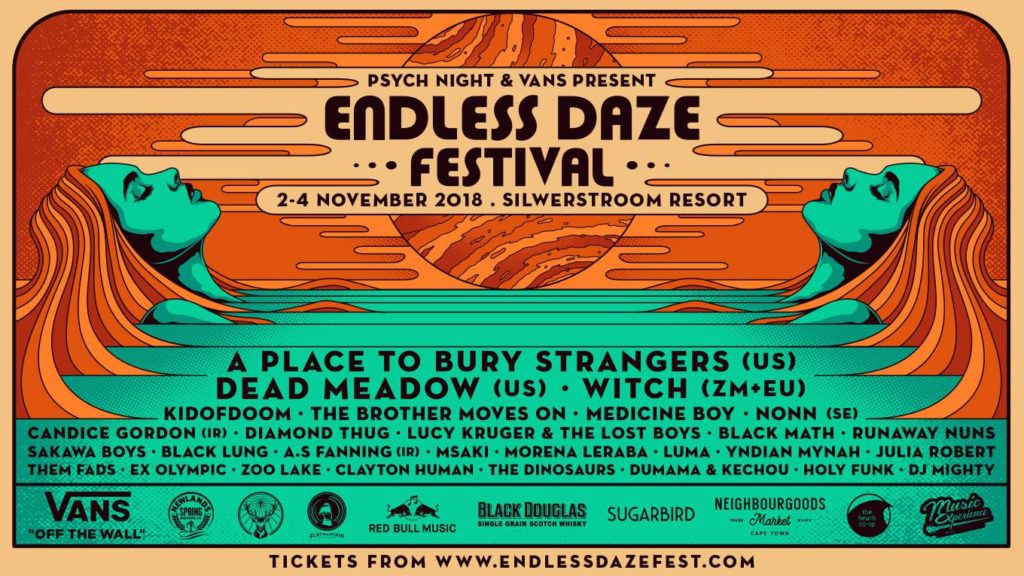 After the success of “Carmelita”, it has been heard through the grapevine that you toured throughout Europe and the US. Did you find that there was a stark contrast between your European fans and their US counterparts?

The main difference is just the language. My songs are quite lyrical but I started out touring in Germany and other countries where English isn’t the first language. Germans are generally very good with English and will come up to you after a gig asking about lyrics and that kind of thing, but playing in the US was one of the first times I’d played these songs to an English-speaking crowd, and it’s a completely different atmosphere. You can see the room changing at certain lines in certain songs, and a much more instantaneous reaction on people’s faces, which makes for a slightly more intense experience.

When one thinks “music festival”, it usually takes place within a designated spot – usually an open field or farm of some sort. Festival-goers pitch tents for their weekend place of refuge and makeshift bars and merch stands can be seen scattered about. But this is not the case with South by Southwest, right? Could you give us a first-hand take on your experience?

Yeah, it’s definitely not that kind of festival. I’ve been there maybe 3 times with different bands, the city changes completely for the week of the festival. We got a proper view of that last year as we were there for about a week before the festival started and stayed a few days after as well. I remember going into a bar the day after the festival finished and ordering a beer from the selection written on the wall behind the bar, you could see where the $8 sign had been crossed out and replaced with a much more reasonable $4. You get to interact with people in the city a lot more than you would with a camping festival as well.

We were there just a couple of months after Trump had taken office, and although Austin is generally pretty liberal in comparison to the rest of Texas, you’d still find a couple of people who would be more than willing to share their pro-Trump views, and general conspiracy-theorist internet-fuelled craziness.

I was chatting to one cab driver who asked me ‘did you hear Obama got arrested for smuggling cocaine on a boat off the coast of Cuba?!’ I had been a bit out of the loop in terms of current affairs in the previous few days but I was pretty sceptical about this and replied ‘Really?’ I feel like I would have heard about that on the news or something’, he got pretty animated, shouting ‘Nah man! You won’t get this on the news! It’s on Youtube!!’

We hear that most of your recording process takes place in “your adopted city of Berlin”. Is Berlin your current place of residence? And why do you find this city to be so special?

Yeah, I’ve been living there for quite a while now, about 7 years. It’s an unusual city in Europe in that it’s a major capital city that’s still quite cheap to live in. You can sort of getting by as a musician there, which has become pretty impossible in Dublin or London. It’s also a lively city where there’s always a lot happening, and the music scene is constantly changing as people are coming in and out of the city, which can be a pro and a con. But at the moment I’m enjoying it.

Do you take part in “street busking” while you are there? Or do you prefer to play at an established venue?

I’ve gone busking a couple of times, but mainly just when I’ve been really broke. For the most part I prefer to play in a venue with a decent sound system etc. I’ve seen some bands who are really well suited to busking, and there can be a great spontaneous energy to watching people perform that way, but for me I prefer an environment which is as dark as possible and alcohol is being served.

Apart from playing at Endless Daze, what brings you all the way across the ocean to Sunny SA? Any other particular place you are looking forward to seeing?

It’s always nice to change things up and spend some time in a completely different environment than what you’re used to, and being invited to play at Endless Daze was a great reason to make the trip. We’ve had a pretty hectic year of touring as well and I also recorded a new album in the middle of all of it so I’m looking forward to having some time to just hang out in Cape Town and get a bit of a feel for the place.

Which act(s) are you most excited to see at Endless Daze festival?

Apart from that, I’m really looking forward to checking out some of our friends from Cape Town, such as Medicine Boy,

and Lucy Kruger & the Lost Boys.

If you haven’t got yourself a set of Endless Daze Tickets yet, grab them over here! Tickets are limited and with such a stellar line up you need to hustle! 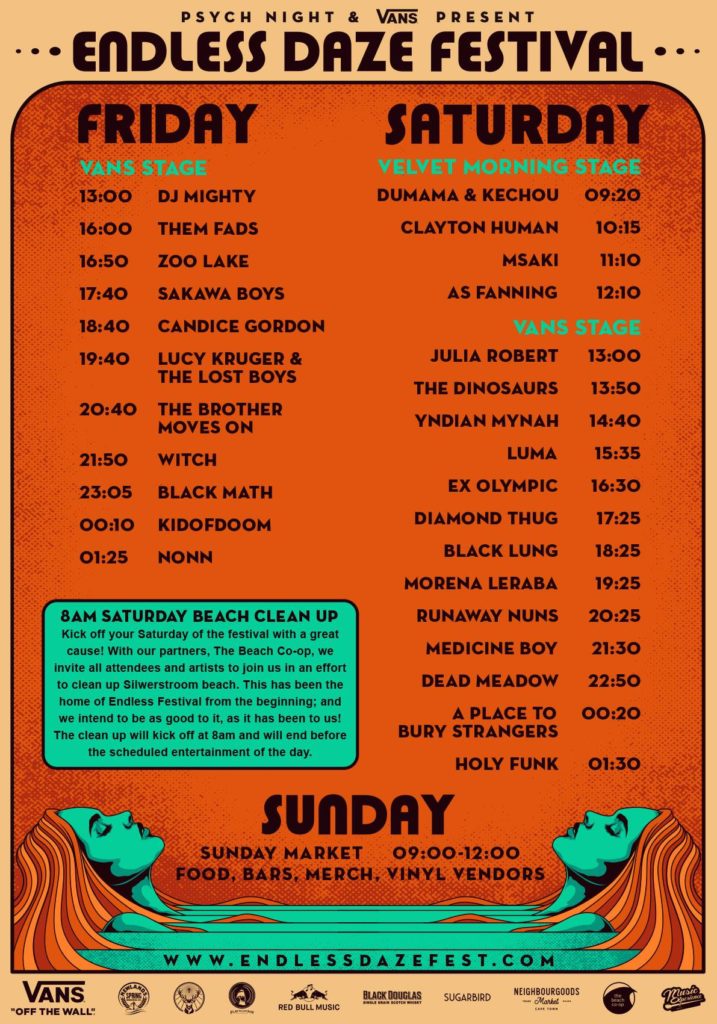