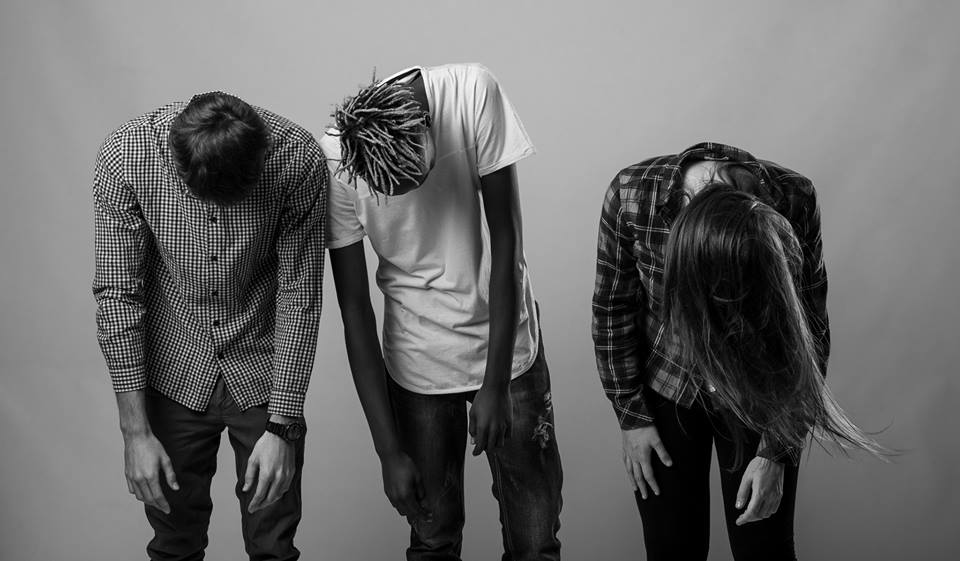 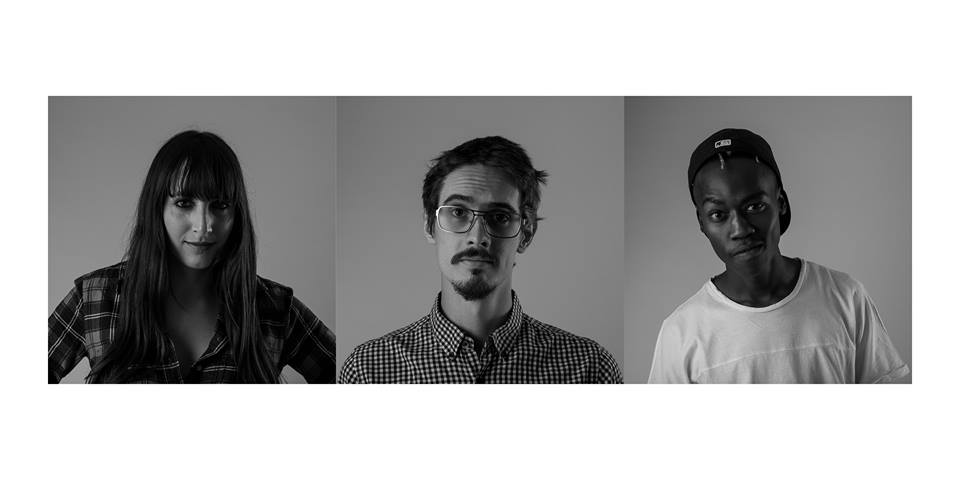 Follow Me Follow You are an experimental rock power-trio who push the boundaries of what we call music, while still keeping heads banging and hearts soaring. They’re known for their dynamic antics – on-stage and off-stage, often incorporating spoken word, and unique crowd interactions into their performance, as well as running secret tours leaving breadcrumbs for people to follow the trail. Just off the edge of their 2015 summer tour for their EP- Creature, they’ve already recruited a new drummer, (after the departure to the states of their previous one) and are busy brewing up a new and electrifying set. Catch them at Oppikoppi 2016!

I managed to hunt down and converse with the three of them. Here’s what happened:

You guys have been going since 2011, how did it all come together?

Jade: Kaz and I have been in bands since high school. I was his permanent “temporary” bassist and we’ve stuck together ever since. We’ve had a series of outstanding drummers who’ve made us what we are. We lost our first drummer Dmitri to South America and then our 2nd, and very precious drummer Steve Bosman, (Savage Lucy, Greedy Greg) to the US and we’ve been blessed enough to be joined by the young and supremely talented prodigy Fundile FD Dlamini.

So far, has it turned out the way you had envisioned?

Jade: I’m not sure what we envisioned, but it’s certainly turned out more than we ever expected. Kaz and I just wanted to make some lovely noise. It was (and still is) a totally selfish creative pursuit. We write music because we love it and it feels good to play it. The fact that we managed to trick other people into liking it too still astounds us daily. We’re extremely excited – playing at Koppi is on our bucket list. This will be FD’s first time attending the festival and Kaz and I can’t wait to show him our home.

The thing that I like most about your music is the fact that it makes people want to move their dancing feet, but they’re not entirely sure which instrument to follow (because they’re all that groovy). I’ve heard you call your genre math-rock, what exactly is that and do you plan to stick to the genre?

Jade: Awww! Thank you! We’re glad someone gets it! The Wikipedia article says things like “rhythmically complex, often guitar-based, style of rock.” “It is characterized by complex, atypical rhythmic structures (including irregular stopping and starting), counterpoint, odd time signatures, angular melodies, and extended, often dissonant, chords.” This describes the things that we get off of when we play our music – it’s basically musical masturbation and it’s a challenge to write and play and often to listen to.  It’s also what confuses our audience. Just as a groove starts its grooving, we feel the urge to abruptly change it to something else and make the audience trip over their dancing feet. It’s meant to hurt a bit.

Kaz: The most important thing for me is that math-rock is a community with lots of awesome ambitious bands that we enjoy and we follow that community and we love it and this is our way of showing that we support it even though we love other types of music as well and are generally just amped on experimenting with lots of different stuff.

What do you want your fans to bear in mind when they listen to your music?

Jade: The music is challenging to play, and it is a challenge to listen to. So listen to it with you head and heart open, because we’re telling stories and we rarely give you words to hang your hat on.

You guys are playing Koppi for the first time, congratulations! Koppi started out with just 27 performances and in just 2012 it had grown to 130 different acts. Jade, I remember you at Oppi last year and you were on a fan-girl rampage, wanting to see all the bands you could. How do you feel about the massive selection on offer? Should Koppi continue to put more and more bands on the list or ‘is less more’ in these kinds of situations?

Jade: South Africa has a hell of a lot of EXCELLENT bands, and last year (hence my fan-girl rampage). Despite the 50 + bands that I watched, I was still wishing that some of my other faves were there. That said, if I had to watch another band, I may have curled over and died from exhaustion. What I do think is that Oppikoppi’s line-up is very carefully (and successfully) curated and my belief is that it perfectly caters for the masses which allows it to solidify its profitability while still introducing an exceptional amount of diversity which in my opinion transforms the country by introducing concepts through music that bring our very diverse country together in a heart-warming and inspirational way.-

Tell us your favourite Koppi memory.

Jade: Tatran! And Tumi & The Volume’s performance where he wore a shirt with an upside down apartheid flag and performs his beautiful and highly politically fuelled set. Right at the end, he says “And by the way, it’s just a f**king t-shirt” and walks off stage.

FD: Will be making some this year!

What other festivals have you played and are there any others you’d love to perform at?

Jade: Smoking Dragon in 2014. What a festival! We got to play New Years Eve because one of our dearest friends put in a good word. Thank you, Austen! The ones we’d like to play are Arctangent, Zakifo, Cape Town Jazz Festival, Rocking the Daisies, Bushfire.

Have you ever done any collaborations?

Kaz: Last year we did a collaboration with the very talented illustrator Michael Stopforth in a live art project. The idea was that Jade would play mostly naked and Michael would unravel her into true exposure by drawing on the strands and names of each of her muscles. There are photos somewhere to prove it happened

If you could jam with any local musician who would it be?

Kaz: There are many but I would love to jam with Vox Portent one day.

Jade: Difficult question. Loads but let’s pick the first one that came to my head: Moonchild Sanelly. I love everything about her from her style to her unique brand of Afro-feminism to her music.

What song, from any genre or language, best describes the Koppi experience for you?

Kaz: BEAUTIFULUNIVERSEMASTERCHAMPION by And So I Watch You From Afar

Jade: Africa (What made you so strong) – Originally by Juluka, but have mad love for the Wonderboom cover.