Ignorance Is A Sin

Ignorance is a sin…Please understand even before we begin, this article is meant to question, and by no means am I trying to offend anyone.

So let me fill you in on the facts. A few weeks ago it was announced by Witchdoctor Productions that two bands, namely Behemoth (a black metal band from Poland) and the Greek extreme metal band Rotting Christ (I know!), were to tour South Africa. Both bands have massive followings in the underground metal scene and each band offers metal heads something different from the norm.

On the 10th of February gopetition.com published an article and petition written by a user named Christians SA calling for the boycotting and banning of this event. The grounds for this petition is that the event is allowing blatant Satanic bands to come into South Africa and “spread their filthy message to their following”. The article then goes on to mock the freedom of speech right and constitutional law.

So this is where we now stand. This kind of action is not new. It happened to Devildriver when they were set to come in 2009 and it happened to RAMfest when they published their artwork a few years ago revealing the head of a sheep (hence the ram) which was cited as a symbol of the occult. The protest will rage on and the metal heads will rage harder to host the gigs. It’s a vicious cycle of narrow minded fear.

I’m sure you are wondering “so now why the need for this article?” The need lies in the fact that these protests stand for so much more than a useless internet petition. These protests stand for societal segregation and sheer ignorance. The bands themselves give out extreme messages, I will give you that, but the fundamentals of our constitution, which was forged under great pain and suffering for the equality of us all, allows them to perform and express themselves artistically according to what they feel is best.

At no point do I condone a call to violence, but surely they have a right to believe in whatever they deem fit. 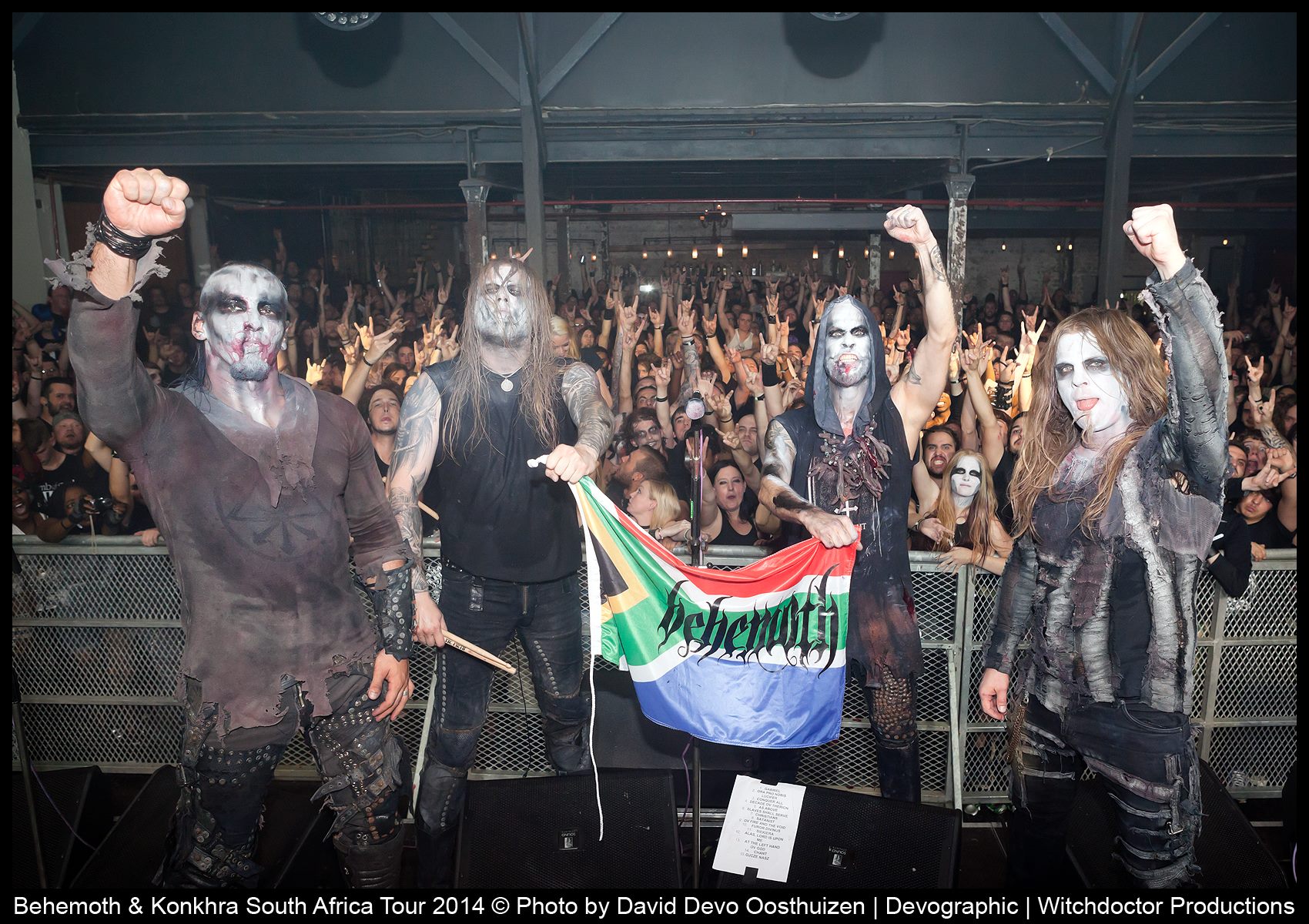 Apart from anything, Rotting Christ isn’t even satanic. Their lead singer, Sakis Tolis, has been quoted as saying: “Living in (so called) democratic societies, I think everyone should have the right to call religions as he/she wants. We in fact simply believe they are “rotting”! We are not a “satanic-crusader” type of band but rather one of the many bands that represent the dark side in contemporary Metal music.” But even if they were satanic, surely it’s their right to believe in whatever they want to, providing they are not harming anyone or anything?

The point I am making is that ignorance is far more dangerous and damaging that artistic expression and the article I read on gopetition is ignorant, to put it mildly. My concern and anger does not come from a religious stand point. I may not agree with what you believe but I will fight tooth and nail for your right to believe it. My anger comes from the stand point that the people who wrote and have signed this petition have sent a public message that they truly believe they stand for something that allows others to mock, alienate and suppress the beliefs of others.

My concern comes from the point that we as a society deem it okay to blindly follow others because they stand for a “cause”. Without doing any research or giving thought to what consequences it will bring we act brashly and violently against others. And from where I am sitting there is an extremely fine line between signing this petition and burning paintings outside a university res. This ignorance that we allow social media to fuel needs to fucking stop!

I don’t care what society thinks of our subculture: I do care when they begin to take uncalled for negative action against us, though.

If you want to discuss this with me, come and find me standing side by side with my brothers in the center of the mosh pit. I’ll show you our message is anything but Filthy!

Be sure to catch Behemoth on tour in South Africa,  March 26th at Bassline in Johannesburg, and March 27th at The Assembly in Cape Town.

As well as Rotting Christ, later this year, July the 1st at Bassline in Johannesburg, and July the 2nd at The Assembly.