Lamb Of God – Johannesburg – The Birth Place Of Jeff 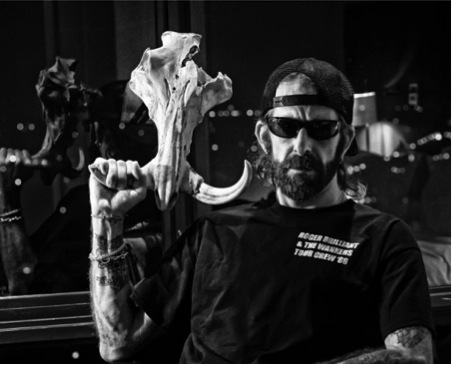 The past weekend was the culmination of every metal fan in South Africa’s dreams and expectations. I always think that a band touring to a country that they have never played in before, must be under pressure? Because, not only is it unfamiliar territory, but the expectations of the fans are tangible. This is probably the case for many bands exploring new territories, but when you are Lamb of God, you don’t have fans, you have an army. Thus the expectations are sevenfold. Passion does not adequately describe a Lamb of God fan. Whilst tailgating, along with many…many other metal heads beforehand, I said to one of my friends ‘I’d imagine that Lamb of God fans and Pantera fans are the most brutal metal fans that you could find’ – his rebuttal – ‘What about Slayer fans?’ Damn straight son, damn straight. That is exactly the type of fans Lamb of God followers are. Devoted and passionate. I had the pleasure of meeting a fellow fan, when I routinely used the tree next to his car as a lavatory that travelled all the way from Bloemfontein to come and watch Lamb of God in Joburg. What a lovely fella, bless him and his lovely friend Jose Cuervo. 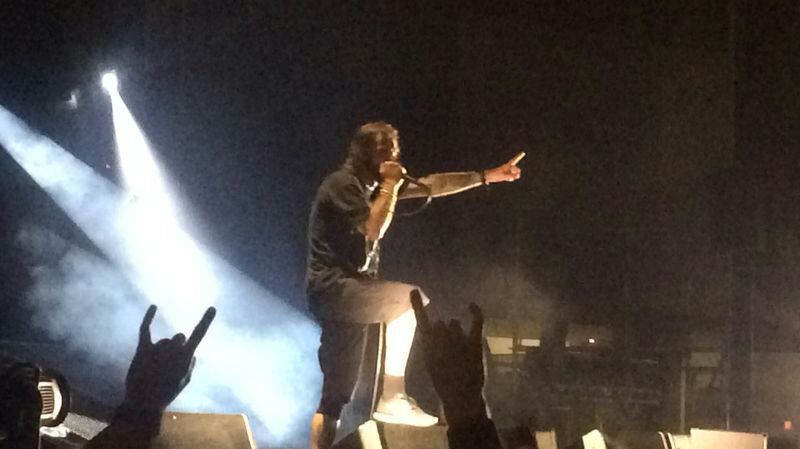 Before long it was time to get the show on the road…The only criticism that I have, is that the organisers cannot expect to serve 2500 ish people beer and food, from 1 Bar and 3 Food stands. The cost of alcohol was too high in my opinion as well. R60 for two draughts? And then I have to stand in a queue for 20 minutes before I am served as well…Not cool! More bars means quicker service, means more patronage, means more ZAR. Just something to think about.

Let’s get down to business

I have had the privilege of watching Mind Assault before and I must say they have always been impressive. What people tend to forget is that ‘big’ metal bands in South Africa are still pretty much at the bottom of the musical food chain. The money, resources and opportunities are just not available to help ‘big’ metal bands in South Africa, reach their true potential. That is why I am thankful that RAMtouring gave a couple of South African bands the opportunity to open for a world class metal act that is Lamb of God.

You could definitely see that there is potential to breed some world class metal acts right here in our own back yard.

I think that Mind Assault owned up to the responsibility of opening this momentous occasion and did so in spectacular fashion. 7/10

I don’t know if my eye sight is becoming a problem, but it looked like their front man might be the Undertaker and Kane’s third long lost brother. He is huge!!! I believe that The Drift stepped it up and can be proud of their performance on Saturday. The crowd seemed to enjoy their set as well. 7/10

“So goddamn easy to write this” yeah well that could not ring truer. Lamb of God owned, not like I am surprised at all, but this was on another level.  At times it felt as if The Johannesburg Expo Centre was frozen in time and all you want to do is take in everything you can, because you know in a couple of hours time it will end.

Mark Morton, the lead guitarist of Lamb of God, could not make the tour due to some family issues. Filling in for Mark was none other than Paul Waggoner who plays guitar for ‘Between the Buried and Me’. Obviously Mark Morton is a legend, but Paul really kicked ass and sufficiently filled the big boots left empty by Mark.

South Africa is a unique country; I don’t think anyone would argue with that. So it is safe to say that when you tour to South Africa there will be a couple of weird (but wonderful) experiences.

Midway through the show Jeff made his way on to the stage via air-mail. It wasn’t long before Randy Blythe, Lamb of God front man, struck accord with Jeff. Randy will even be taking Jeff home with him. Who is Jeff you ask? Jeff is a Warthog Skull that got chucked on stage. Weird and wonderful indeed.

What I like about International acts coming to South Africa is obviously the opportunity to go and check them out, but more so is the fact that it creates the desire for other international acts to come to our humble shores. Randy Blythe said the following in an Instagram post – Featuring himself and his new friend Jeff – “This has been a pretty wild ride though, & to end it in AFRICA of all places still amazes the crap outta me. So thanks Johannesburg for an awesome end to the Resolution tour cycle, & to all you other bands, hear this: the game has been stepped up, & the ante has risen. You are not a REAL G until you come to South Africa & your fans throw one of THESE to you on stage- a warthog skull. Takes the cake for the strangest thing thrown at me on stage ever, & I’ve had some weird shit thrown at me- I named him Jeff. Jeff, the South African warthog. Top that, y’all. Don’t front like your ballin’ if you ain’t rockin’ that wart hog shizzy. I figured I’d finish up the cycle with a nice self-portrait. Me & Jeff are outty. Peace, & one love. – Randy”

All in all it was a great show and Lamb of God blew my mind – I am sure I am not alone. Thank you to RAMtouring for making this event a possibility as well as all the sponsors that were involved.

Thank you to Lamb of God for honouring a commitment that they made a long time ago, to come to South Africa and kick our balls into our throats. So fittingly I want to leave you with the lyrics from a song called Omerta by the one and only ‘Lamb of God’…”Whoever appeals to the law against his fellow man is either a fool or a coward. Whoever cannot take care of himself without that law is both. For a wounded man shall say to his assailant: “If I live, I will kill you. If I die, you are forgiven.” Such is the Rule of Honour.”