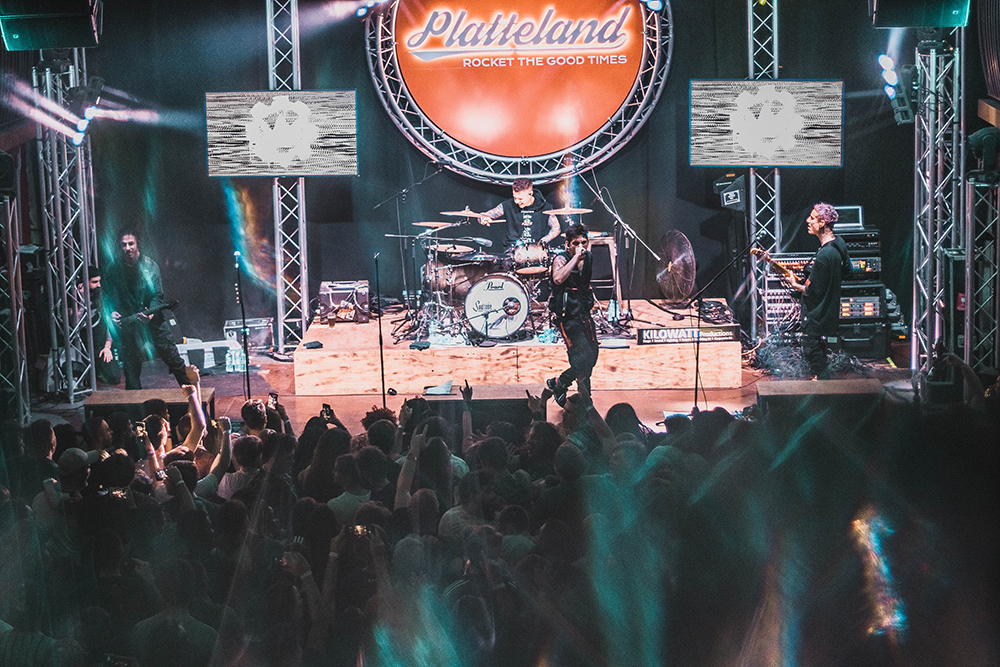 “CTE! CTE! CTE!” These were the hypnotic chants of a raucous crowd, eagerly anticipating the arrival of American post-hardcore band, Crown The Empire. After four opening acts which included Climate Control, Man As Machine, You, Me and The Harmony and OneDaySky, the crowd were booze-riddled and well prepared for the absolute onslaught that lay ahead at Platteland in Centurion.

The screens on stage displayed Crown The Empire’s logo accompanied by “X”, the opening monologue off their current album release, Sudden Sky. Once the monologue ended, the band emerged with vocalist, Andy Leo, appearing last. My friend and I were standing in the second row from the front, in perfect view of the entire band. Andy burst out into the title track of the album, Sudden Sky and when he yelled “ARE YOU READY?!” the whole crowd went completely ballistic!

We were only two songs into their set when a “Wall of Death” was formed. Brent Taddie’s double bass drumming reverberated through the whole venue. At this point, my friend and I were trying to keep afloat a sea of sweat. We were in the ebb and flow of a human tide, clasping firmly to the barricade. The more I kept apologizing to the girl in front of me, the more I kept slamming into her and each time the barricade moved just a little bit more forward. But I was determined to stay right where I was, I’ve been listening to Crown The Empire since the beginning, and no amount of sweat or force could persuade me to leave the mosh pit… Or so I thought. But once the band started playing “Memories of a Broken Heart”, my vision of the band became blurry from being constantly tossed around like a ragdoll. My friend and I looked at each other, feeling increasingly hot and bothered and deftly made our exit from the mosh pit. 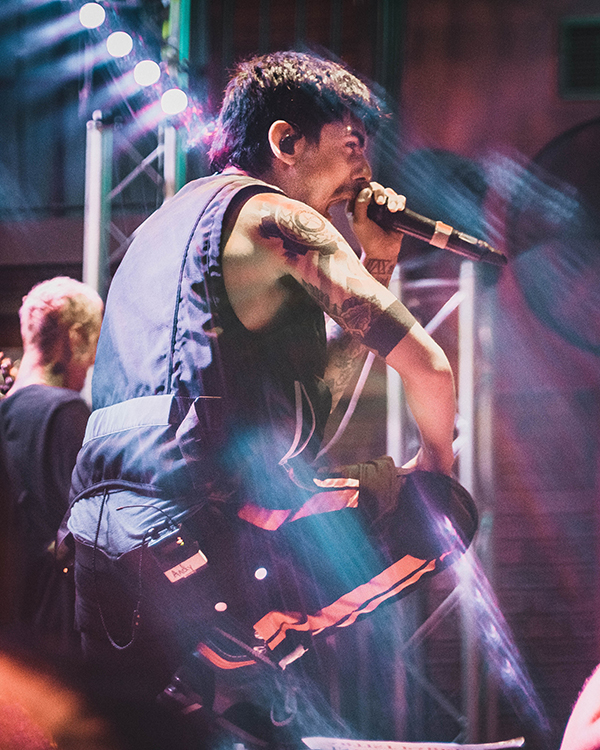 We watched the rest of the show some distance away from the stage, taking in the atmosphere and the band’s incredible stage presence. There were no gimmicks, no props, just a raw live performance wrought with intense emotion and ferocity. Andy Leo honestly has some of the best vocals I’ve ever heard live. His clean voice contrasts so beautifully against the heavy, chugging riffs and rhythm guitarist, Hayden Tree’s tenacious screams. His vocals were especially impressive and heartfelt on “Millennia”, an emotive power rock ballad that tamed the chaotic crowd. During this performance, Andy instructed the whole crowd to sit down while he and lead guitarist, Brandon Hoover, performed an acoustic version of the song. Phone torches and lighters danced in the air, as the crowd collectively sang the expansive chorus. It was a completely captivating moment that showcased a more vulnerable side to the band.

Andy also engaged a lot with the crowd, which made him feel a lot more personable and accessible to the audience. I loved that about him. During “Millennia”, he called someone out on the make-out session they were having, “Let’s not get any more affection in public, please. Gross dude.” He even requested shots from the crowd so he could celebrate the bands first-ever trip to South Africa.

Other highlights from their set included “Zero”, “Hologram” and “Makeshift Chemistry” from their debut album, The Fallout. An unexpected treat for South African fans that took me by complete surprise! “MZRY” unleashed the last “hurrah” of mosh pit insanity, whilst crowd-pleaser, “Machines” closed the night off on a truly climactic note. 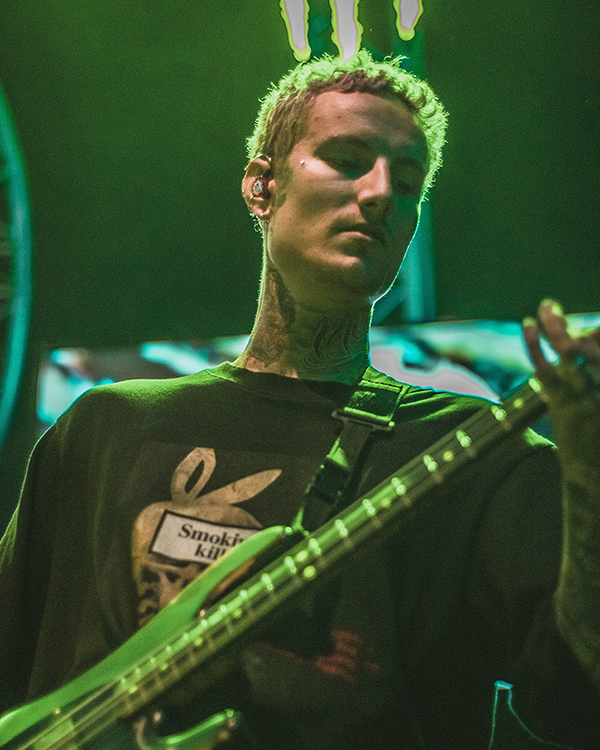 From their interactions with the crowd to their undeniable stage presence, there’s no doubt that Crown The Empire is an explosive force to be reckoned with and one of the best acts I’ve ever seen live. I really do hope they visit our shores again. Mostly because I’d love to see them perform “Bloodlines” or “Initiation” which they sadly didn’t include this time around. I do think that four opening acts felt a bit excessive too as I would’ve loved to have seen CTE play their set much earlier. Though I have to say, the wait was definitely worth it!

A special thank you to Jam Packed Productions for keeping the spirit of rock and metal alive by bringing bands like Crown The Empire to South Africa! All for a worthy cause of wildlife conservation too! And to Marcita Maree of Keets Productions for the epic photos!

For more Crown the Empire: