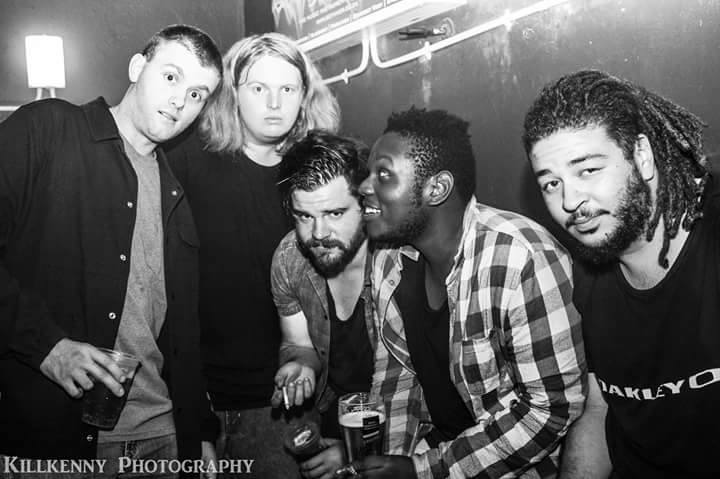 Runaway Nuns are on the highly anticipated list of artist names that you’ll find on the Endless Daze Festival line-up! The Capetonians are climbing steadily up the Mzansi Music Ladder, and have become a household name in Pretoors! 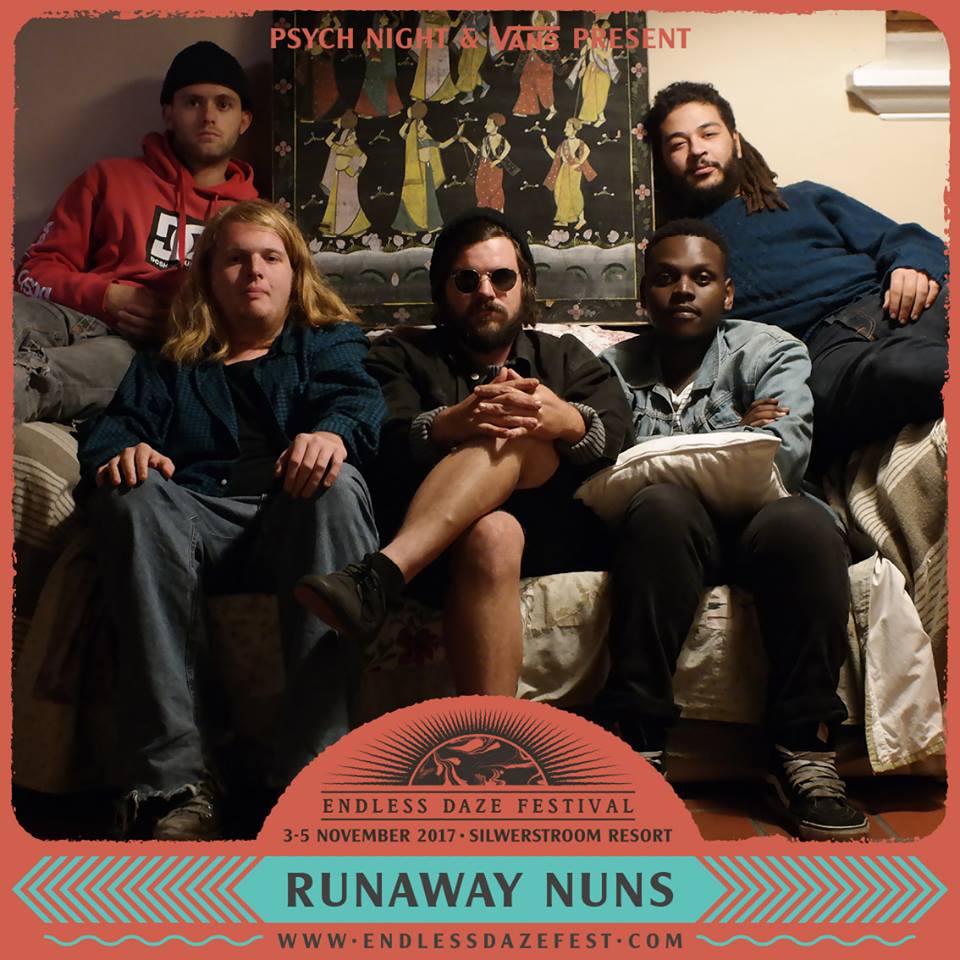 In the build up to the event hosted by Psych Night and Vans, I asked a few questions, and got some answers. Here’s how it went down:

Mzi: You guys refer to yourselves as a garage band with psychedelic under tones. Your sound is something that is truly unique in SA music scene. What made you want to take this route as opposed to a number of all of the other genres out there to embody?

Runaway Nuns: To be honest it all happened very organically. We’ve always shared a very distinct taste in garage music. It has a raw energy to it that fits us nicely and it’s really about attitude more than anything else. The psychedelic side of our music allows us the freedom to try not be generic or too safe. Mostly it’s a case of just letting the music flow out of us and not overthinking it, but we’re definitely just starting to refine our sound.

M: If The Runaway Nuns could produce the soundtrack for any existing movies, which movie would that be?

RN: Any Tarantino western would suit us. We wish we were cowboys and it would be a way live out that dream.

M: Considering the music that you guys play, you must be super excited to be jamming at a festival with Oh Sees and Moon Duo? Have either of the bands been a favourite or influence of yours?

RN: Yeah we’re very excited! Both bands are of such a high standard. Oh Sees have been a very big influence on us even before we started thinking of starting a band. They’ve got such an intense, manic energy to them. They’re one of the OGs of garage, it’s totally surreal to be playing with them.

M: Who are you most excited to see play Endless Daze Festival 2017, locally?

RN: Skeleton Coast! They’re one of the best garage bands out there right now and they know to get a crowd moving.

M: You guys formed part of the CPT boogie central show! How is prepping for a show concert shows like Endless Daze different from a high pace bar set?

RN: It’s definitely very different. In a club setting you can keep the energy higher for longer. You have to pace yourself and string threads through your set in a festival setting, particularly one like Endless Daze. We’re going to be playing a lot of new material and we’ll definitely have a few tricks up our sleeve.

M: If you all had to up and go live in another city anywhere in the world, where would you go and why?

RN: Probably somewhere in California just because it has such a big music scene especially for the kind of music we play. It’s also super beautiful and has an ocean, which is important!

M: If you could collab or open for any band in the world, who would it be and why?

RN: Probably Twin Peaks right now. They write amazing music and also do a lot of gang vocals.  It would be a fun match for us.

M: Where do Runaway Nuns go after they’ve escaped the convent?

RN: The Shack, where else?

M: If The Runaway Nuns was a drink, what would it consist of?

RN: It would be whiskey and lime. Hard bite with a little bit of sweetness.

Check out our Facebook page for more interviews in the build up to the event, including MOON DUO!

You can also find the final artist announcement below and follow the event HERE for details about the event. If you want to get tickets in the meantime, you can those HIERSO.