In just over a week, The Black Lips will be touring South Africa for the first time, and will be playing two shows, on the 5th of November at Carfax, Jozi and the other being on the 7th of November at The Assembly in Cape Town.

What can you expect?

The Black Lips are a garage, punk, rock and roll band from Atlanta, Georgia and have been around since 1999, self-describing themselves as ‘flower punk’. The band has released seven studio albums to date, along with three live albums under their belt. With their most recent release being ‘Underneath The Rainbow’ back in 2014, through Vice Records. 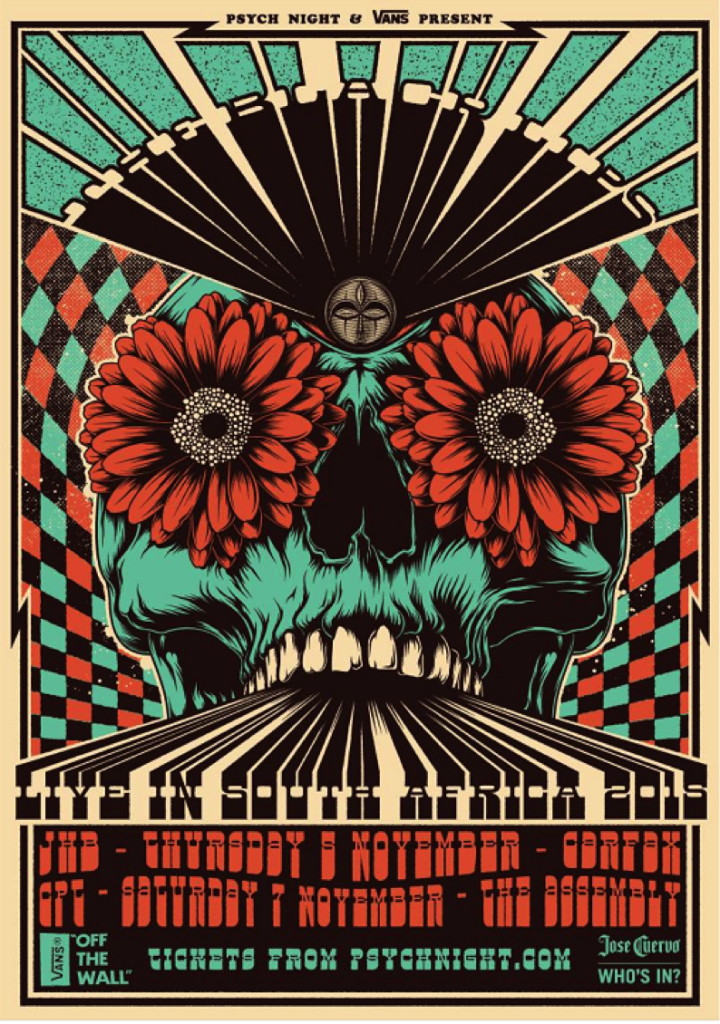 Their brand of garage, punk, rock and roll, makes sure that their performances are extremely energetic, and since it is their first time in the country, we at The Grind Radio can almost guarantee that this is one party that you should not miss! According to the music entertainment machine that is NME, they rank The Black Lips in the Top 100 most influential artists of all time, and surely holds some weight behind that statement. The band were ranked alongside musical giants such as Radiohead, The Strokes, TV On The Radio and The White Stripes just to name a few.

Who can we thank for these awesome nights of great mind melting entertainment?

Psych Night of course, the organisation who has been around for several years now, and has brought out several international acts such as Night Beats, Golden Animals and Allah-Las, which was as recent as February of this year. Psych Night also make sure that they support the local scene as much as possible with a whole host of events throughout the year. The last event being the Inner City Psych Fest in September of this year, here they recorded an EP together with Futurenow and Red Bull Studios Cape Town, and featured the bands, Caves, Mind Pool, The Plastics, The Psalms and Sol Gems. Definitely worth a listen!

So, being super amped after reading this, you want to show your support for Psych Night and The Black Lips at one of their events, and need more information on the weeks proceedings.

The week starts in P-Town on Wednesday the 4th of November with The Black Lips pre-party at Die Proviand, and is hosted by Bobbejaan in association with Psych Night and The Grind Radio. The evening will feature ticket give aways and special guest DJ’s. More information regarding this event can be found on Bobbejaan’s facebook page.

The Black Lips first show will be in Jozi on Thursday the 5th of November, and to date no support acts have been confirmed, but you can be assured that the local bands supporting The Black Lips will definitely be just as entertaining. The perfect way to kick off proceedings!

The second and final show will take place in Cape Town, on Saturday the 7th of November at The Assembly. More local acts may still be announced for this event, so keep your eyes peeled to news around the tour on Psych Nights facebook and twitter pages!

You will be able to purchase tickets from www.psychnight.com

Now go support the music that brings you happiness!

Other valuable links you may require to fulfill your life!