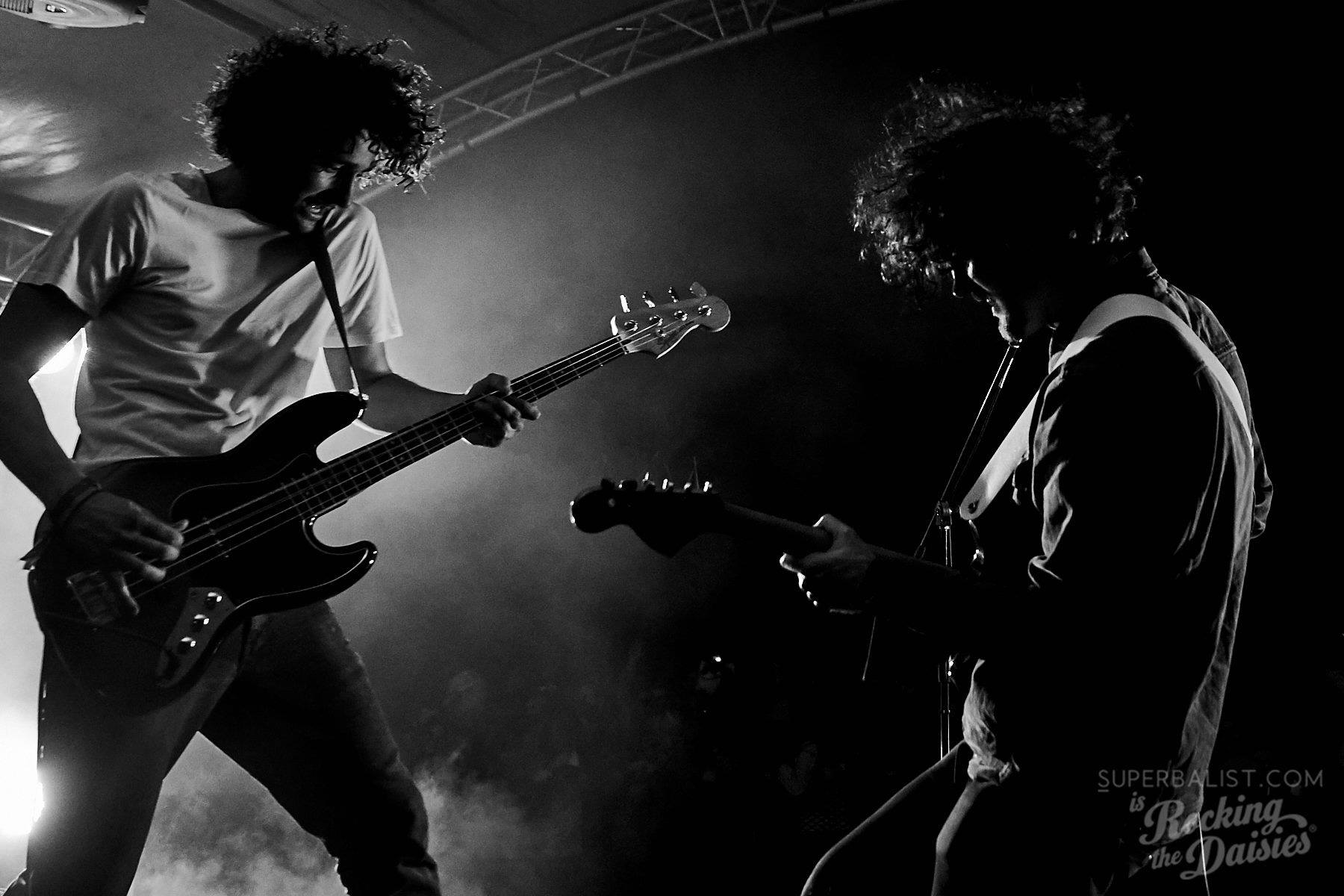 It is already November. The year is taking its final turn before the holidays. Most of us are hunkering down and trying not to lose our sanity before the holidays. If you feel like you’re burning out, losing your mind or just not able to pander your shit, there is an oasis where you can find solace. Today is the day that one of South Africa’s most exciting festivals, Endless Daze commences! The fest is brought to you by the peeps from Psych Night who have already blessed us with bands like The Black Lips, Night Beats and the Allah-las.

To get you Psyched up, we decided to get the lowdown from one of South Africa’s finest bands which will be attending Endless Daze, The Tazers. The trio, hailing from Joburg, are currently perfecting the art of Psych Rock & Roll and have been blowing our minds with their latest EPs, Love Machine and Time Machine. Their music is played by Jethro on guitar and vocals, Tim banging the drums and Guido slapping the bass. Have a read about what they had to say! 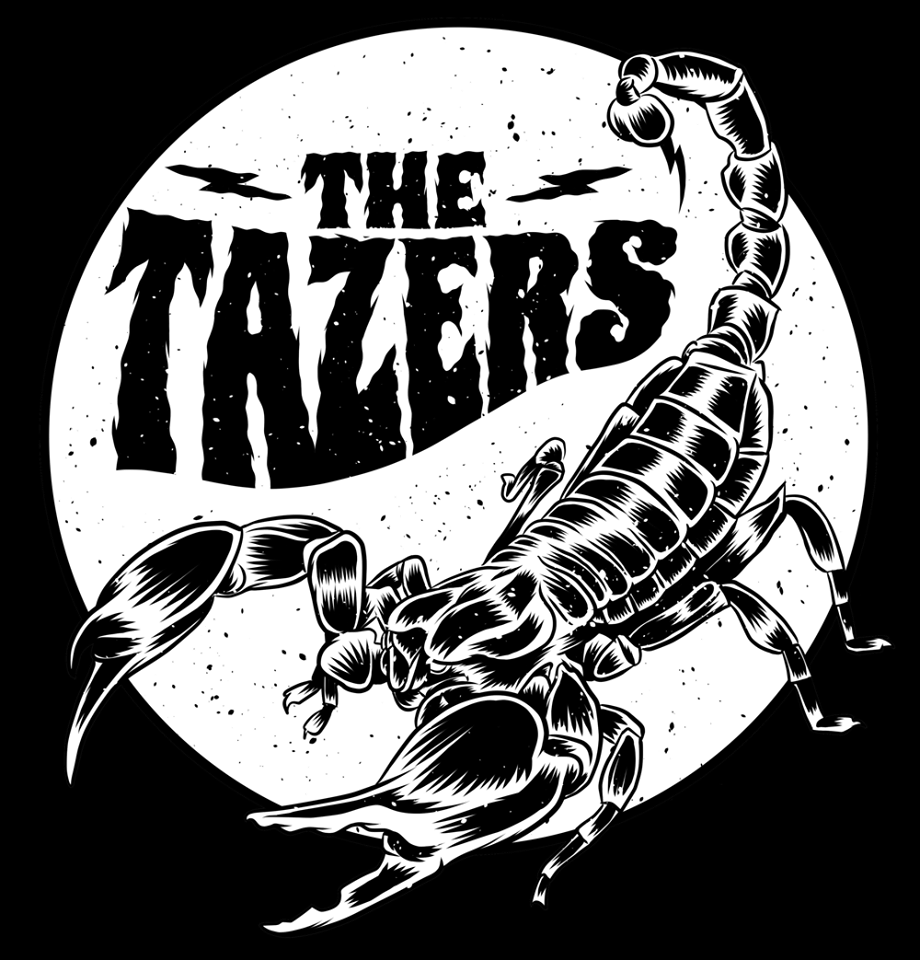 The Grind Radio: Endless Daze is coming! Who are you guys amped to see?

Jethro: Yeah that was a rad announcement.

The Grind Radio: And how about the local acts? What are you excited to see?

Jethro: There is real prime line up of local guys, surf rock, psych rock type of vibes. We are keen to see the Deathrettes, always stoked to see Mouse again. We also have our homies from Joburg playing with us, Hello Beautiful.

Tim: Hello Beautiful is gonna be siiiiick! I just might go play some cowbell with them onstage!

Jethro: Yeah there are a lot of bands playing, can’t think of all of them right now, but the line-up is real good.

Guido: Yeah, I don’t particularly like looking at a line up too much before a festival. It restricts you, it makes you feel you have to be somewhere, and at a festival I feel like it shouldn’t be like that. Just do what you wanna do, you know?

Jethro: Most bands are doing the psych rock thing anyway, but it’s the future, the future of pop music. Just look at Tame Impala.

Tim: Yeah! Just look at that last album, ultimate pop that last album but its fire! It’s so good! Because it’s got balls! It’s made with electric guitar, but it’s pop.

The Grind Radio: Have you guys been to Endless Daze before?

Jethro: Well it is only the second one so far, and we haven’t had the opportunity to go yet.

Guido: I really wanted to go, but you know…

Tim: Yeah it looked like good vibe, I’ve heard only good things about it.

Jethro: A festival right by the beach! That sounds like bliss to me, hey? But you know what, we are actually opening for The Sunflowers who are from Portugal!

Tim: What? We are opening for an international? That’s so rad! I believe they are two piece, yeah they are rad, very rock n roll.

Jethro: yeah that reminds me, I’ve been playing a lot of GTA, and the one radio station in GTA has Moonduo and The Oh Sees on it, and every time I am jamming GTA I hear The Oh See’s come on I’m like what? They just booked this radio station for me, that’s so cool!

Tim: My ultimate dream would be to have my music on a GTA radio station. I think I’d die… If you think about it, it’s a big milestone to hit to get your music on to a video game, if you manage that, you are set! You will have fans all over the world.

Jethro: I have been exposed to a shitload of bands by listening to music from Need for Speed Underground 2, and Tony Hawk Pro Skater, because that’s where peoples music tastes come from, from playing a game. And then they are like, fuck, this music is actually so cool!

Tim: First time I heard Queens of the Stone Age was in Need for Speed 2.

The Grind Radio: Yeah I have discovered so much new music on GTA, and you can actually find the full GTA radio stations playlists on YouTube. I actually discovered WAVVES on GTA, and they wrote that Nine is God song specifically for GTA. Have you played the in the Cape before?

Jethro: We try to, we tour there once, maybe twice a year.

Guido: Yeah we usually play Assembly, which is no more and Mercury.

Tim: We also try to get to Bohemia in Stellenbosch.

The Grind Radio: What future projects do you guys have planned?

Jethro: We are in the process of recording our first album. Which will be our 4th release but our first full length album. We haven’t planned a tour yet, but we have a cool show lined up for February but I’m not gonna say what it is yet. But our album will probably drop shortly thereafter.  We are a bit behind schedule in recording but… you know… shit takes time! 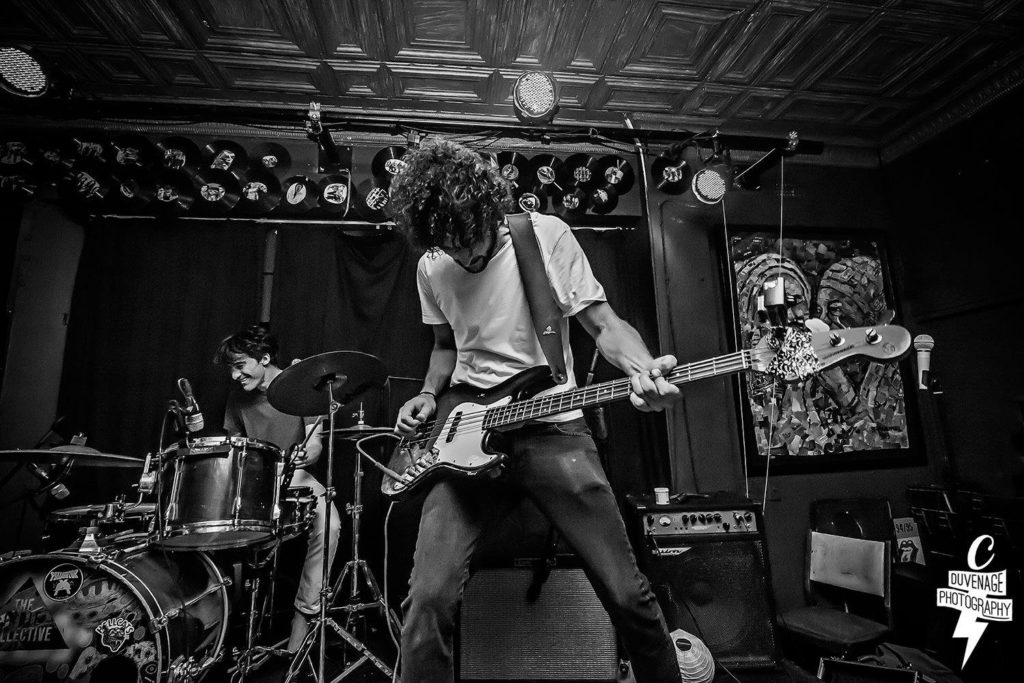 The Grind Radio: How do you guys approach the recording process?

Jethro: Yeah so we record everything in house, I work for a recording studio called Big House Media and my brother and I do the sound side of things. I have an office in the studio so I get to use the gear for free after hours. Like lank, sick gear which we use to record everything there. We recorded our previous releases there as well, so that’s pretty rad, it’s a nice perk to have. Saves us a shitload of money!

Tim: It’s also a really comfortable place to be in because it is all familiar.

The Grind Radio: How do you manage your time regarding recording?

Jethro: We aim for Wednesday and Thursday nights we practise and Sunday we do recording.

Guido: We try to record all day, but sometimes we also just get drunk, and yeah… be drunk, oh and braai!

The Grind Radio: Are you guys critical with each other when you write music? Or is it more of a natural jam session?

Guido: Oh ja! We have moments when we are direct as fuck, like: dude, that’s shit. There is no discussion after wards we just move on.

Tim: You got to put your feelings at the door, when you are writing music, and just be like, OK! Fine!

Guido: The thing is if everyone shares the same vision and the same values then it shouldn’t be an issue then. It only becomes an issue when someone takes it personally

Tim: Sometimes you also have to take the democracy out of the decision making because when you are writing and there is piece that you like, that they change or take out or whatever, and that part made the song for you and you stand your ground the others have to realise that. So it’s not just a vote, you gotta compromise.

Jethro: Yeah but if it’s also two guys against one, then you have to know when to step down.

The Grind Radio: How do you guys handle the crowd, and how have the crowds been treating you?

Jethro: We have been very lucky in general, since the beginning our crowds have been fuckin’ amazing

Guido: I tend to not focus on the crowd, I try to not make mistakes and try to focus on what the other guys are doing. So it distracts you from looking at the crowd. Also it’s less intimidating, the crowd can be fuckin intimidating. I remember when we started out we would get a bit drunk just to get over that. But that’s fucked up because then we get sloppy.

Be sure to catch The Tazers together with other crème of the crop bands from SA, on 3 – 5 November at Endless Daze festival or you surely will regret it!