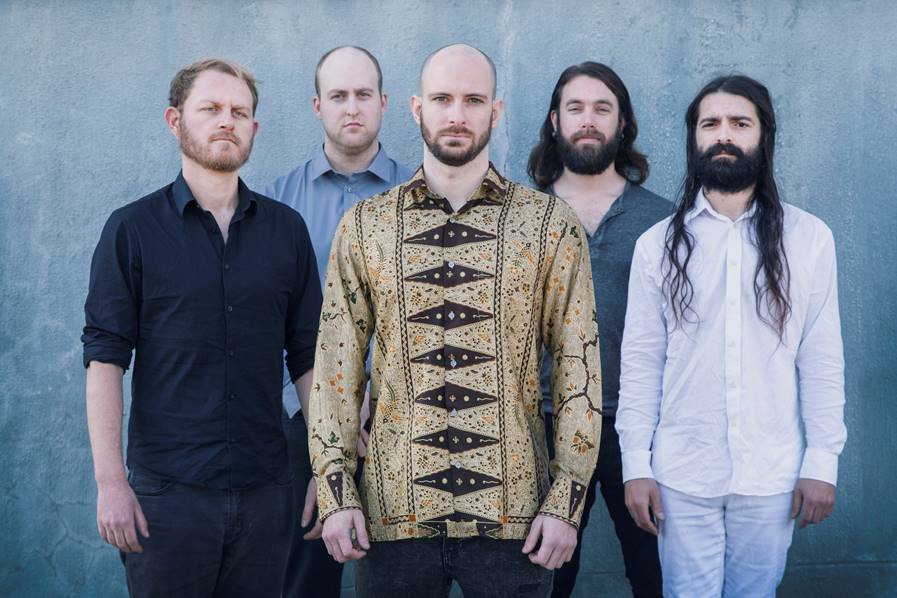 Zombies Ate My Girlfriend has return with a brand new album Shun the Reptile. We caught up with the Cape Town oaks just after their two city launch. 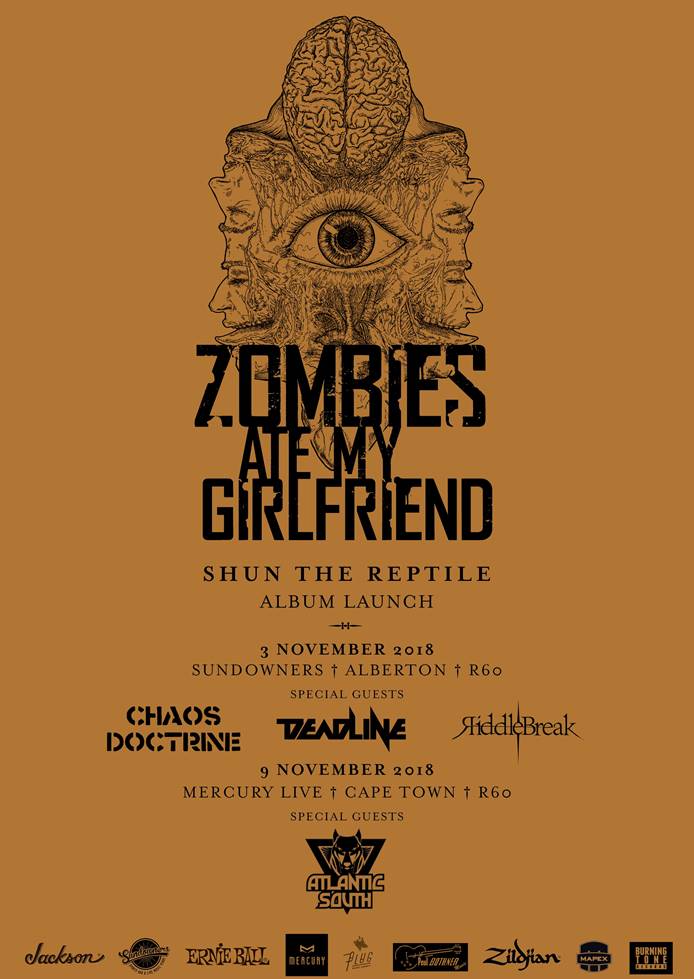 You launched the album in the beginning of November with two lekker gigs at Sundowners(JHB) and Mercury Live(CPT). How was the launch(es)?

There’s so much that goes into “launching an album”, including a painstakingly thought-out strategy. Unfortunately, the more things you’re balancing to hit that spot you hope is the sweetest, the more Murphy’s Law has its way. Smooth sailing it certainly was not.

That being said, with the exception of maybe a want of a better turn out at the Joburg launch, the fervour, passion, and frantic enthusiasm with which those two shows were received really has left us with a sense of accomplishment. Add to that, that Shun the Reptile seems to be one of those albums that gets better the more you listen, in that the feedback we’re getting about it gets better and better, I’d say overall we’re happy with how things are turning out. We just want more.

Shun The Reptile, goes from punch-packing vocals and distortion to smooth serene guitaring.  Immolation and Shun the reptile is a perfect example of this. This leads to a lovely fresh sound! As a band what did you want to achieve with the new album?

Needless to say we all had our own ideas about what we wanted from this album. I think we all wanted something that would make an impact as a quintessentially “Zom” album, but that would also cause people to second guess what they think the quintessential Zom sound is. Yes, we love those hard hitting tracks that shove themselves in your face, but we also wanted to see a maturation of the sound and an experimentation with styles we hadn’t yet toyed with, if only to see if we could actually pull them off.

You guys competed and took home first place at Wacken Metal Battle 2016! In fact, you are the first South African band to step out victorious  Wacken! How did it feel to be crowned the champions?

It really isn’t an easy thing to describe. I think the overwhelming feeling when you hear your band’s name get called as the winners of The Wacken Metal Battle, is one of disembodiment. Your self awareness sort of gets shocked out of your body and you’re on autopilot getting pushed and pull by everyone.

You can’t grasp the extent of the accomplishment…to be the first band on the continent, let alone in the country to come out on top against essentially the entire world. So it’s really just about the achievement you share with your band mates. Whatever the reception, whatever the follow on from that festival may have been, or may still be, it’s something no one can take away from us or from what we now think of each other. More so than we feel like we did it for South Africa, we feel like we did it for each other.

South Africans have always had a big love for metal. In fact, if you go to the metal archive, including Zombie Ate My Girlfriend, we have  219 entries. Growing up as little laaitjies was there any Metal South African bands you listened to?

Yeah of course. I mean we’ve all had our mentors in the scene in one way or another. Personally I enjoyed watching the likes of Neshamah, Toyland, My Shade, To the Grave (Which became The Horror Cast), Man In Suit, and The Narrow  to name a few from back in those days. I’m sure the others have their own top picks, but My Shade was my jam and I was lucky enough to become good mates with some of the members.

If you take into consideration Patient Zero, Retrocide and Shun The Reptile, what is your favourite song to play live?

Off Patient Zero it’s definitely gotta be Deathworm, although a close second is Silent Night. Off Retrocide I’d say no song has served us as well as Appropriate Hate Crimes did as the set opener, but I absolutely love playing the track Retrocide live. Then off the new album I’m gonna go with Shun The Reptile 9 times out of 10, and on the 10th time I’m gonna go with Autoriot.